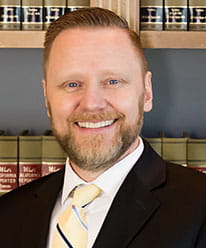 Stephen Started his Financial Services Career at Edward Jones in 2007, overseeing the office in La Mirada. While at Edward Jones, in addition to becoming a LicensedFinancial Advisor, he obtained his AAMS® (Accredited Asset Management Specialist) Designation. In 2013 Stephen Joined the Independent Channel of Raymond Jamesand grew his practice. This success lead to opening a new location in Anaheim. Having a strong belief in continuing education and professional development, in 2016Stephen obtained his CFP® (Certified Financial Planner) Designation and became thebranch manager of the Anaheim office in 2017. Stephen added to his education in 2019 by also obtaining designations as a RICP (Retirement Income Certified Professional) and CPFA (Certified Plan Fiduciary Advisor).

Before entering the financial services industry, Stephen worked in the engineering field. He holds a bachelor's degree in Mechanical Engineering. Stephen often says ”Being a Financial Advisor is similar to being an engineer – People come to you with problems and you solve them using a lot of numbers.”