Climbing for a cause with the American Lung Association

Learn how a group of Raymond James associates and advisors came together to build connections, healthier bodies and awareness around an important cause. 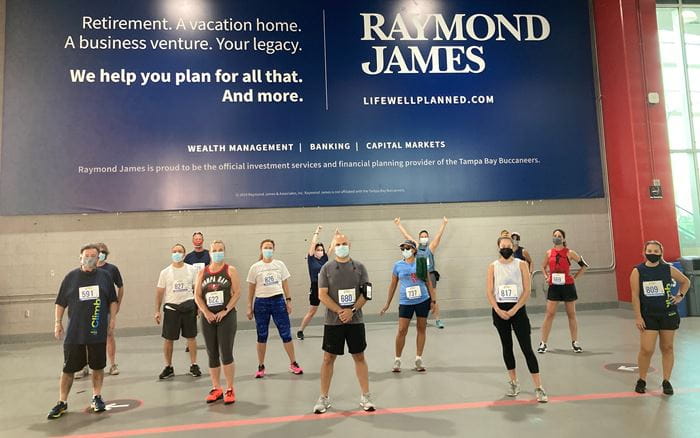 “Whether you realize it or not, you probably know someone who’s been affected by lung disease,” Raymond James AML & Financial Crimes Analyst Chris Chiodo says. “[The American Lung Association’s mission] connects to everybody in some way.”

Chiodo became involved in the American Lung Association in 2018 when he learned about the Fight for Air Climb, a fundraising event in which participants climb for those who cannot. The athletic training component and competitive nature of the event drew him in.

“I began training with a group multiple times a week [leading up to the event],” Chiodo says. “The first couple practices were tough. It was extremely difficult for me to walk up the 42 flights of stairs in the Bank of America building. I was already in pretty good shape, but this was a different kind of exercise. After each practice, I got a little bit better, a little bit faster.”

About the Fight for Air Climb

Chiodo’s participation in his first Fight for Air Climb event inspired him to learn more about the Lung Association’s mission and become a champion for the cause. In 2021, he began serving on the board of directors for the Tampa Bay chapter and created a Raymond James fundraising team for the Tampa Bay Fight for Air Climb, which moved to Raymond James Stadium this year. 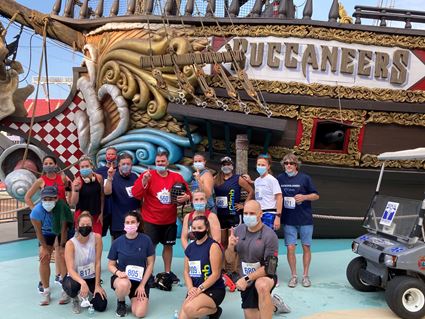 “It was important for me to host training sessions and to get back in shape for the event. Over several weeks of practices, I could see improvements [among team members]. We all made progress together,” Chiodo says. “Climbing stairs is physically challenging, but even if you think you can’t, when you get out there and try it, you begin to realize it’s possible.”

After more than a year of working remotely due to COVID-19, participants say it was a great way to safely see colleagues and bond over a common goal.

“It was just wonderful – we trained together, I got to meet new people from Raymond James, and it was just a nice way to connect, get outside and build camaraderie,” Advisor Inclusion Networks Senior Relationship Manager Kelly Thiel says. “In the midst of the pandemic, it was great to connect safely with people outdoors, get some fresh air and do something together for a good cause.”

“It was fun – some of us were being competitive, but we had some walkers, some runners … and we all got to watch each other go and cheer each other on,” Thiel says.

Eddie Fisher, an Orlando-based Raymond James Financial Advisor and Vice Chairman of the board for American Lung Association of the Southeast, also became involved in this year’s Tampa Bay Fight for Air Climb. 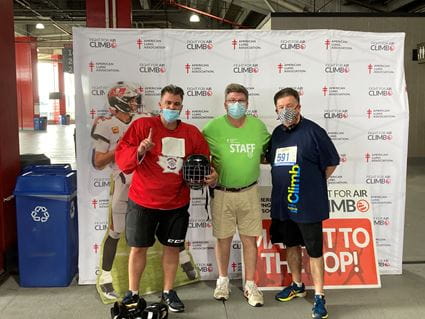 “In 2014, my father passed away of COPD,” Fisher says. “And for a few years, I was looking for an organization to align my personal mission with.”

Fisher’s personal mission: Urge people – all people – to leave a meaningful legacy behind for their loved ones.

“I sat down with dad and interviewed him about his life,” Fisher says. “I have all his stories recorded now. It’s become an incredible passion.”

Fisher brought this mission with him to the American Lung Association of Orlando, where he began serving as a board member in 2017 before becoming vice chairman and later chairman of the board. His passion also led him to create “The Gift of Love” book for his own clients.

“It allows clients to sit down and memorialize – for their children – what their life has been like,” Fisher says.

Fisher now climbs annually in Orlando in honor of his dad. This year, he also joined forces with the RJ Bulls in Tampa Bay.

“With the American Lung Association, I’m able to support incredibly important research, work with some of the top lung doctors in the country, and educate individuals on how to take care of their lungs,” Fisher says.

After the success of the RJ Bulls this year, Chiodo is determine to make an even bigger impact in 2022 and beyond with help from equally passionate colleagues like Fisher and Thiel.

“Especially during this time of COVID-19, nothing hits home more than appreciating our ability to breathe,” Thiel says. “You can’t take that for granted. We know that now. What could be more important than healthy lungs?” 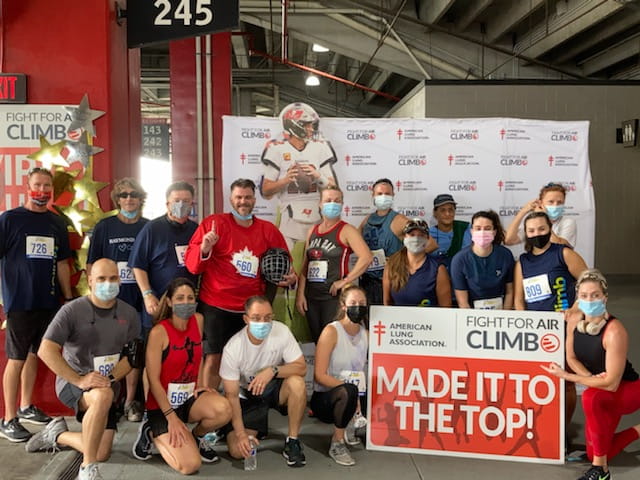 About the American Lung Association