Living WELL: How one advisor turned her passion for finance into purpose

Learn how empowering women to become financially literate grew from a passion to a purpose for Raymond James advisor Alana Scott. 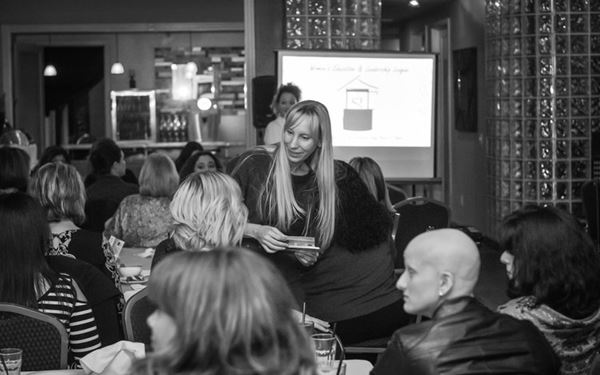 Helena dreamed of becoming a forklift operator. Challenged with substance abuse, she was part of Sierra Vista Child & Family Services’ First Step recovery program in Modesto, California, for mothers with addictions, and was living in community housing without her children, who were removed from her care.

First Step collaborates with organizations like the Women’s Education & Leadership League, also known as WELL. Through the “Living WELL” curriculum, Helena learned the importance of emotional, physical and financial wellness, and how to set goals and achieve them.

Three years later, she has not only achieved sobriety and restored her credit, but has been reunited with her children and now works for Sierra Vista teaching other mothers in the program about recovery. She’s also on track to become a forklift operator in July and was the keynote speaker at WELL’s monthly meeting in June.

“Before participating in the Living WELL cohort and meeting our instructor Alana, I never thought I could have any dreams or financial goals for myself,” said Helena. “Alana really worked with us, and her words spoke to my heart. I have never felt more excited to aspire for something before. My life is forever changed, and I have all the financial confidence in the world thanks to WELL.” 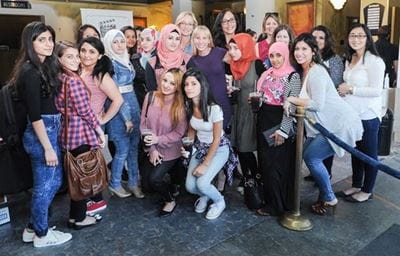 Helena is just one of more than 5,000 women who’ve been impacted by WELL, and among the hundreds touched by the “Living WELL” curriculum, who go on to share their experiences with others.

How it all began

“Women like Helena and Mary were my inspiration,” shared Alana. “Mary was a divorcee who lost everything after her manipulative husband left her with nothing. She didn’t even know where their bank account was because she never thought to ask. She was one of my clients, and I helped her start over alongside a team of professionals who, as a favor to me, provided their expertise completely pro bono. In doing so, I realized she represented so many other women without basic financial knowledge.”

Mary’s story wasn’t her only wake-up call. In 2012, Alana was confronted with her past.

“My mom was 45 years old when she died,” said Alana, “and I was only 15. So when I turned 30, I had this irrational fear that I would only have 15 more years to live and not much to show for it. At the time, I was well-travelled, had a great career, graduated at the top of my advisor training class, and launched a successful financial practice with my business partner. But I felt empty inside.”

“So there I was, at 30, trying to find a purpose,” said Alana. “I was really missing my mom, but wanted to channel that energy into honoring her instead.” 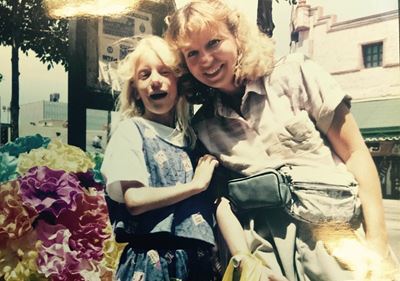 Looking back at a legacy

Alana’s mother Patty led by example, and at an early age, Alana learned how to budget, balance a checkbook, and save for the things she really wanted, like toys or clothes.

“We didn’t have a lot of money,” shared Alana, “but my mom created outside sources of income and saved. She knew the importance of being debt-free, and I understood how to make wise financial decisions.”

“When I was in the fifth grade, our neighbors lost their successful business and were on the brink of losing their home. Instead of simply consoling them, my mom took action.”

As a special education teacher, her mother worked extra hours during summer school that year and surprised the neighbors by making their mortgage payments.

“I can still see the look of gratitude on the family’s faces,” said Alana. “I knew from that moment on, I wanted to make a lasting impact on others, just like my mom.” 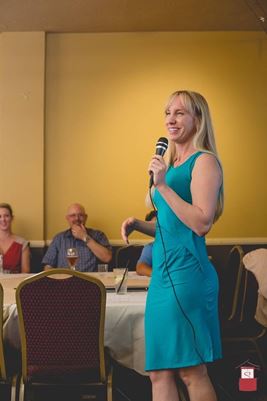 Alana’s mother was anything but ordinary, and that impression stayed with Alana years after her passing.

As Alana continued to grow her business with Lattig Scott Wealth Management Group of Raymond James, she continued to meet women from all walks of life who desired financial counsel from other like-minded women. “It wasn’t until I attended a seminar in 2012 that I turned my fear of loss upside down,” recalled Alana. “I knew I wanted to start a nonprofit to honor my mom, and failure was not an option.”

After much research and planning, Alana decided to create a nonprofit organization that would foster financial concepts women needed to succeed and flourish in their lives, their businesses and their communities. And she did so with an army – of both men and women – at her side, officially launching WELL as a 501(c)3 in 2015.

“We initially hosted workshops offering basic financial advice,” said Alana. “But as I taught our principles, I began to realize women’s lives aren’t compartmentalized. Some women were business executives, community leaders, teachers, full-time mothers, and even college graduates. Their well-being was much more than financial – emotional and physical wellness was just as important.”

So Alana recruited other ambassadors to incorporate those skills into the Living WELL curriculum. It became a five-part course taught over six weeks, with topics ranging from inner strengths and weaknesses, emotional and physical well-being, goal setting, financial literacy, leadership, and more. 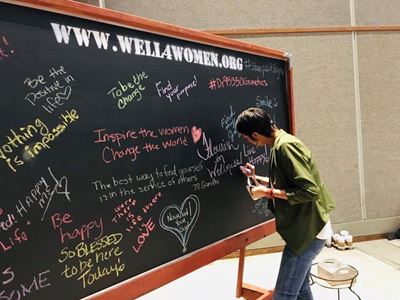 “Alana is one of the most passionate and driven people I know,” shared her business partner Matthew Lattig, first vice president, investments, at Lattig Scott Wealth Management Group of Raymond James. “She has a drive for success that’s not measured by assets under management, but the amount of people she inspires and helps. WELL has an impact in our community, but I believe that the greatest impact is yet to come.”

As Alana looks ahead, she’s excited to train even more women to facilitate Living WELL courses.

“To impact the largest amount of women, you have to empower them,” said Alana. “WELL women don’t just help themselves. They turn around and help others.”

She’s also getting ready to launch an online curriculum to help thousands outside her local community in Modesto, California.

“Back in 2012, I had no other choice but to change my life,” said Alana. “It was only then that my passion for finance and memory of my mom collided – and it became my purpose. It’s what I’m supposed to do. From here on out, I hope to impact more lives and create a movement of life-changing financial literacy and education for women – a Women’s Education and Leadership League.”