About Us Leadership Team Jeffrey A. Dowdle 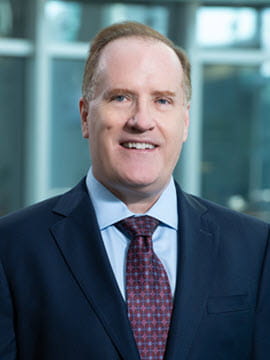 In 1987, Mr. Dowdle entered the financial services industry as a financial analyst for Simmons & Company International in Houston, Texas. He began his association with Raymond James in 1991 working for Tom James as assistant to the chairman. Mr. Dowdle joined the Asset Management Services division in 1993 and assumed management responsibility in 1999. He has served on the Raymond James Executive Committee since 2012. He served as a member of the Raymond James & Associates Executive Council from 1999 to 2001 and again from 2015 to 2017. He also served as a director of the Award Asset Management subsidiary from 2001 to 2006. Outside of Raymond James, Mr. Dowdle serves on the Board of Governors of the Money Management Institute and on the Board of Trustees of Academy Prep Center of Tampa.

Mr. Dowdle and his wife, Jeanne, enjoy traveling and spending time with their seven children (including two by marriage).