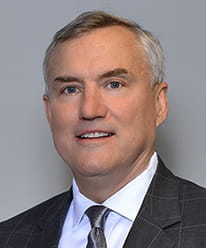 Having worked in the financial services industry for over 40 years, Lenny considers the individual and personal relationships he’s shared with every client to be the hallmark of his success. He provides comprehensive financial planning guidance for clients, aiming to engage in the process of investing through an exchange of ideas and experiences. Known for his frank and open dialogue, Lenny has a true interest in the well-being of his clients, their families and their future.

Before joining Raymond James, Lenny was president, CEO and founder of FBT Investments, Inc., FBT Advisors, Inc. and FBT Film & Entertainment. He earned a bachelor’s degree from Providence College and was awarded The National Alumni Association of Providence College “Exemplary Citizenship Award” for a “Life of example that brings credit to Providence College, including laudable philanthropy, church and community leadership, and modeling a life that children and other will strive to emulate.” Providence College also awarded Lenny their first “Saint Joseph Medal” for Lenny’s example of fatherhood and businessman in today’s world.

An active leader and philanthropist in his community, Lenny is a founder and director of A Child’s Wish of Greater New Orleans and a founder and member of the Jefferson Parish Chamber of Council. He served as a board member for the New Orleans Philharmonic Orchestra and as a Louisiana admissions ambassador for Providence College. Lenny founded and coached the Crescent City Hockey League, Tulane and LSU ice hockey teams, and coached the AAU Junior World Inline Champions in 2003. He is a former trustee of the Jefferson Parish Home Mortgage Authority.

Originally from Cranston, Rhode Island, Lenny lives in Metairie with his wife, Cynthia. They have four children, Margaret, Mary, Leonard and John and two grandchildren.

*This ranking is not based in anyway on the individual’s abilities in regards to providing investment advice or management. This ranking is not indicative of advisor’s future performance, is not an endorsement, and may not be representative of individual clients’ experience.