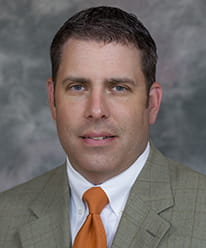 With almost two decades of service to his clients, Todd is the owner and Senior Financial Advisor of the Alexander Financial Group. He is dedicated to helping individuals meet their financial goals by developing investment plans around their long term goals and their personal tolerance for risk. His extensive experience throughout major shifts in the markets enables him to help clients structure balanced portfolios to address their specific financial goals.

Todd began his financial services career as a financial advisor with Edward Jones in 2001. In 2011 he and his staff founded their own practice and became a part of the Wells Fargo Advisors Financial Network. In the Spring of 2018 the team proudly associated with Raymond James to continue to provide their clients with the cutting edge platforms, advice and technology that they deserve.

Todd earned a Bachelor of Science degree from the United States Naval Academy and proudly served as a Marine Corps officer before returning to his roots in Fulton County. Todd is active in the Fulton County community and is proud to be raising the ninth generation of Alexanders to live in the County and the sixth to live on the family farm just north of McConnellsburg. Away from the office, Todd enjoys working on the farm, hunting, fishing and being in the great outdoors. His favorite hobby by far is raising four boys with his wonderful wife Hillary. Their four sons are Reese, Clinton, Eston and Hayes.