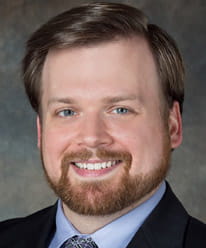 Bob's passion for investing took root in his childhood, listening to talk of the markets around the dinner table and discussing the fundamental forces that move them with his father, Wiley Gardner. In 2015, he decided to join Wiley at Armada Investment Partners of Raymond James in order to learn from his father's extensive investment experience. With both of them holding engineering degrees, they bring an unconventional approach to investing that focuses on individual businesses rather than the general market or broad swathes of the market.

Bob grew up in and around Mandeville, Louisiana. He eventually ventured to New Orleans to attend Jesuit High School and stayed in the city after graduation to attend Tulane University. Graduating from Tulane in 2010 with a degree in Chemical Engineering, Bob began his career working for Sperry Drilling Services in the offshore oil and gas industry. Eventually opting for a job on land, he began working as a Facilities Engineer for Whitlow EPC in 2012 designing piping systems, conducting fluid flow analyses, and performing safety reviews of existing sites. When Wiley offered to show him the ropes in the investment industry in 2015, Bob jumped at the chance to learn under such a mentor.

Bob currently lives in Mandeville and enjoys working on home-improvement projects, playing music, fixing up cars, reading, and spending time with his family.

* Every investor's situation is unique and you should consider your investment goals, risk tolerance and time horizon before making any investment. There is no assurance that any investment will meet its investment objectives or that substantial losses will be avoided. Diversification and asset allocation do not ensure a profit or protect against a loss.