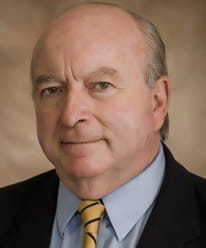 John’s passion for investments began when he opened his first brokerage account at age 21. Since then, he has been able to turn what started as a pastime into a decades-long career. John is focused on providing his clients with the high-level of advice, service and performance they deserve.

John joined Raymond James with his team in 2015, after being employed for nearly 40 years as senior vice president with Merrill Lynch. Prior to that, he was employed for more than six years as a retail store manager with Pier 1 Imports, where he also headed up the retail management training program. John earned a bachelor’s degree in business administration from the University of Houston in 1969.

John and his wife, Brenda, were married in 1972, and have two children, Andrea and Christopher. They are expecting their first grandchild this year. In his free time, John enjoys fishing and boating on his 50’foot Hatteras Sportfish Convertible.