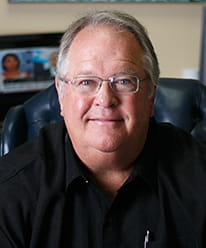 HOLMES S. PETTEY, graduated from the Memphis University School in 1969. He attended the University of Mississippi and graduated with a Bachelor of Business Administration Degree in 1973. After graduation, he went into business with his family as an active cotton farmer for approximately 13 years. In 1983, he became associated with Dudley Barnes on a part time basis. In 1985, he became a full time financial planner with Barnes and Associates, and in June 1989 he became a partner of Barnes-Pettey Financial Advisors. He passed the CERTIFIED FINANCIAL PLANNER™ certification exam in 1994. Holmes held the CFP® designation from 1994 until 2021 and voluntarily relinquished this designation. He is currently licensed with Raymond James for Life, Health and Variable Annuity and securities.  Holmes also received the Investment Management Consultant designation in 2005.

He is a member of the First Methodist Church. He enjoys fly fishing, traveling, and college sports (Ole Miss). Holmes has two daughters, Beverly Grace Pettey and Whitney Pettey Joiner, and two granddaughters.