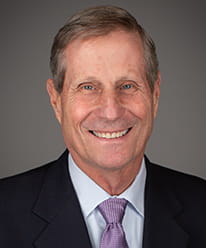 Mr. Bell began his career in the financial services industry with Smith Barney in 1983, after serving as a Captain and pilot in the United States Air Force.  He received his Bachelor of Science degree at the U.S. Air Force Academy before serving as a T-38 Instructor Pilot in Enid, Oklahoma and San Antonio, Texas.

After completing his duty in the Air Force, Mr. Bell served as a Financial Advisor in San Antonio for five years with Smith Barney.  In 1988, he was promoted to First Vice President and Branch Manager for the firm in Baton Rouge, Louisiana.