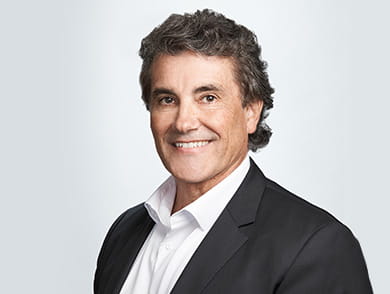 Paul has built many loyal and long-standing client relationships with the high-net-worth individuals and families he has served during his more than 30 years in the financial services industry.

In addition to managing the intricacies that often accompany accumulated wealth, Paul coaches his clients in making good financial decisions. “I do so while being respectful of their time, their input and the vision they have for their family’s finances,” says Paul.

His advice is centered on helping his clients see the big picture, while addressing all areas of their financial lives, including estate, tax and insurance planning. He applies his in-depth understanding of end-of-life investment and distribution strategies to facilitate an efficient multigenerational transfer of wealth.

As a Certified Financial Planner™ practitioner, Paul adheres to the CFP Board’s code of ethics for integrity, objectivity, competence, fairness, confidentiality, professionalism and diligence. Profoundly honest and transparent, Paul’s strong moral compass has guided him throughout his career.

Paul holds Series 7 and 66 securities licenses and is licensed in Michigan life and health insurance. He began his career in the 1990s at Roney & Company, which was acquired by Raymond James in 1999. He is a graduate of Northwood University, where he earned a bachelor’s degree in business administration.

Paul has been awarded the elite distinction of membership in the 2021 Raymond James President's Club, a distinction he has earned continuously since 2005, with the exception of 2014 to 2016 when he earned membership to the Chairman’s Council.

Paul was born and raised in Plymouth, Michigan, where he lives today. He is a past board member of the Plymouth Downtown Development Authority. In his free time, Paul enjoys spending time with his children, Paul and Morgan, and his first grandchild, Grace.

*Membership is based mainly on assets under management, education, credentials and fiscal year production. Re-qualification is required annually since prior membership is no assurance of future membership.

PARTNER WITH US for financial guidance that fits your life