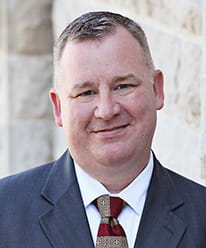 Chris Franklin has been with the firm for three years. He is Vice-President of Bobby Brown Private Wealth Advisors and a Financial Advisor who holds his Series 7, 63 and 66 licenses in 9 states. Chris is licensed in Life and Health insurance. He also has received his Accredited Asset Management Specialist Designation (AAMS) through the College for Financial Planning. He is a graduate of Henderson State University on a ROTC scholarship. Chris is a dedicated Lieutenant Colonel in the Army Reserves, where his current military assignment is an instructor for the Command and General Staff Officers Course. He received the Bronze Star Award and Combat Action Badge. Chris has been a member of the Veterans of Foreign Wars since 2006, Hot Springs Village Evening Lions Club since 2007 (serving as past director twice), and a Rotarian since 2011. He has been married for 28 years to Mary Waddell Franklin, who is the Director of County Operations for the Department of Human Services in Little Rock. They have one daughter, Hayley Franklin, who is a speech therapist in Fayetteville, Arkansas.