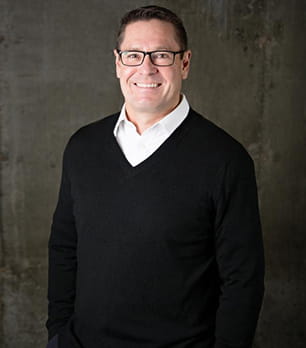 As a CERTIFIED FINANCIAL PLANNER™ professional, Dan pledges to understand each client's financial progress and challenges. Accordingly, in addition to his CFP® certification, Dan holds the Series 7, 63, and 66 securities licenses and is registered for life, disability and long-term-care insurance in Idaho, Oregon and Washington. As a Fiduciary, Dan ardently subscribes to his core principles of "Keep it Simple" and always puts the client's needs first.

Originally from Alameda, California, Dan has faithfully served in the United States Air Force for more than 27 years, including eight years active duty as a Russian Linguist. He presently serves in the Idaho Air National Guard. Using his GI Bill, Dan earned a Bachelor of Arts in Business Administration from the prestigious Foster School of Business at the University of Washington.

Dan and his wife, Kristin, moved to Boise from Seattle in 2005 to escape the traffic and rain and to be closer to family in Twin Falls, ID. Dan has three children; two are young adults making their way in Montana and Florida, and his youngest son attends Junior High in the Boise School District. When not working with clients or drilling with the ID Air Guard, Dan enjoys playing softball, skiing, cycling and rooting for his Huskies, 49’ers and A's.

Managing risk and careful planning are essential to achieving financial success and independence.