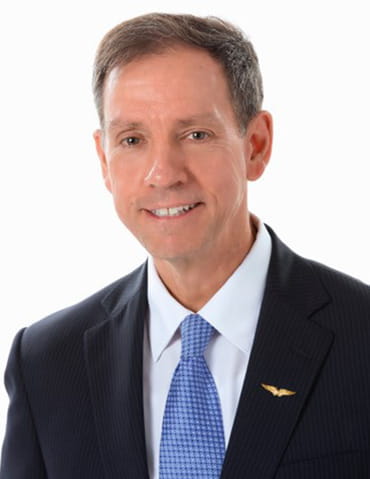 Driven by his passion for excellence, Michael applies his in-depth industry experience to helping clients pursue important goals. Since 1989, he has been refining his goals-based wealth management approach and building strong relationships with clients. He prides himself on meticulous attention to detail, careful study of financial market trends and a client-centric focus.

He is a portfolio manager who goes beyond providing traditional advice and guidance, helping clients pursue their objectives by building and managing personalized strategies. He began his career at PaineWebber, which later became UBS, serving clients there for 22 years. He moved his practice to Merrill Lynch in 2011 before joining Raymond James in 2020, drawn by its common values of integrity and independence. He earned his Bachelor of Science in business administration from Penn State University (which he attended on a Navy ROTC full scholarship during his junior and senior years) and a Master of Science degree in financial management from the Naval Postgraduate School in Monterey, California.

Michael is originally from Pennsylvania. He arrived in Virginia as a young ensign in the U.S. Navy in 1977 prior to going to Navy flight school in Pensacola, Florida. His background as an Eagle Scout, paperboy, janitor, steelworker and Naval Flight Officer laid the foundation of his character and integrity.

Giving back to the community is a priority for Michael. He has served on various Catholic school boards, most notably as finance chair of Catholic High School of Virginia Beach and as the former chairman of the diocesan advisory school board for the Diocese of Richmond, Virginia. Michael currently serves as the chairman of the board of directors for EQUI-KIDS/EQUI-VETS Therapeutic Riding Program, whose mission is to provide equine-assisted activities for individuals with special needs and wounded veterans. One of Michael’s greatest honors as an advisor is managing the VAW/VRC Memorial Scholarship Fund, which provides college tuition funds for children of fallen naval aviators that flew the E-2 Hawkeye, his naval aircraft/community while serving in the Navy. He is passionate about competing in cycling races throughout the Blue Ridge Mountains on his Cervelo road bike.

Michael is married to Dr. Marylin Borza, an optometrist. They have two daughters and a son, Meridith, Monica and Michael John. Their daughters are graduates of Edward Via College of Osteopathic Medicine (VCOM) in Blacksburg, Virginia. Meridith completed a Family Medicine Residency and is now Board-Certified in Family Medicine, practicing in Virginia Beach. Monica is a Lieutenant in the U.S. Navy serving as the Flight Surgeon with the U.S. Navy Blue Angels! Michael John, their special needs son, is a blessing to the family. He has taught the family the meaning and purpose of life. They are a closer-knit family as a direct result of Michael John. He is a blessing indeed.

Raymond James is not affiliated with the above named organizations.