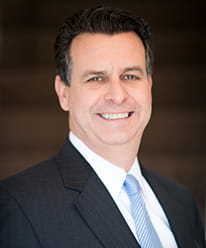 Rick Overy, originally from Colorado, graduated from the College of William and Mary Business School with a BBA in Finance. He served in the White House and then at William and Mary as Associate Dean of the School of Law.

Rick joined Legg Mason in 1997 and moved with Legg Mason’s financial advisors to Smith Barney in 2006. While at Smith Barney, he earned the distinctions of Vice President of Wealth Management and Retirement Plan Specialist. In 2009, Rick co-founded Compass Wealth Strategies where he leads portfolio construction & investment strategy.