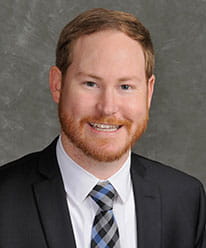 Brian Kirshman is originally from Phoenix, Arizona.  He, his wife Erin, daughter Josephine and son Jack moved to Ohio in 2015 and set down roots in the Mason community.

Brian is an active member of the community, serving as an ambassador for the Mason-Deerfield Chamber since July 2016. He has also been involved in both the Walk to End Alzheimer’s since 2016 and the Greater Cincinnati Down Syndrome Association, participating in family events and leading a team for his son Jack in the annual Buddy Walk.

Brian began his career in the securities industry with Edward Jones in 2015 and joined Craig Capital in September 2019.