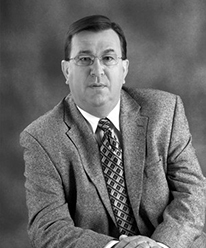 David Craig is a fifth-generation Warren County resident who began his professional career working in his family's locally-owned grain business. After trading commodities both domestically and in Europe, and working in agri-business throughout the United States, he returned to Ohio in 2001 to begin working in the securities industry with Edward Jones. In early 2006, David and his wife, Patty, began Craig Capital Corporation, Inc., an independent office in Mason, Ohio.