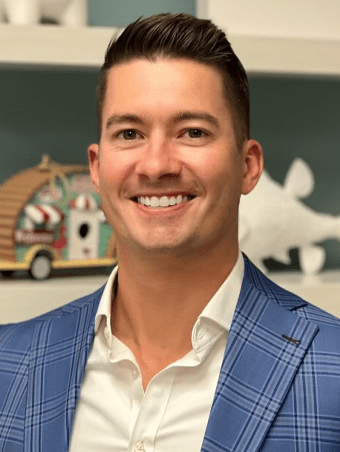 Bryan joins Elevate Private Wealth Management after spending the first 10 years of his career with New York Life Insurance Company, where he gained valuable experience as an Agent and Financial Advisor. During this time, Bryan obtained his FINRA series 6, 63, 7, and 66 licenses. In his first year in the business, a mentor informed him he hasn’t yet met 95% of the people he will one day work with. “That piece of advice is something I always think about, because my favorite part of this career is not knowing who I’ll meet next, and then seeing those relationships grow over time,” said Bryan.

He will be stepping into an immediate role as a Financial Planner with Elevate. Bryan is looking forward to getting more involved in Joliet, a community his family has been a part of and served for close to 100 years. Bryan attended Montessori and grade school in Joliet and completed middle and high school in Coal City. He earned his Bachelor of Science Degree in International Business at Valparaiso University, where he was a member of the Delta Sigma Pi business fraternity and a graduate of the Dale Carnegie Business Course. He furthered his studies during a semester abroad in Cambridge, England. It was during this time that he developed an interest in traveling, as he met many amazing people while exploring parts of England, Germany, Amsterdam, Ireland, Italy, Austria and Spain.

In October 2021, Bryan married his wife, Brittany, who is a special education teacher in the Channahon school district. Along with teaching, she’s also the head coach for the junior high track team, and assistant coach for cross country and girls’ basketball. Her favorite part of coaching is the comradery with the kids while seeing them grow and succeed. They’ve accomplished a lot together, placing in the state tournament in all 3 sports between team and individual events. She’s also an assistant coach for the MVP 60450 Volleyball Club in Morris, IL.

Bryan and Brittany enjoy many activities such as traveling, boating, dining out, watching their sports teams, golfing, and spending time with their family, friends, and Mini Aussie, Rigby. Additionally, several years back, Bryan was proud to compete in two Ironman 70.3 races, including the SuperFrog Ironman 70.3 in Coronado, California, a benefit to help raise money for the Navy Seal Foundation.