10 Essential Numbers for Health and Wealth

To gauge your fiscal and physical fitness, you need to know these digits like you know your PIN code.

We keep a treasure trove of meaningful data in our heads: our height, age, computer passwords, debit card PIN, salary. But there are some numbers we don’t often think about that, if left ignored, could significantly impact your fiscal and physical health.

Take the case of Adam Schuda, a 36-year-old surgical tech. He told Consumer Reports that while filing his taxes in early 2019, he obtained his credit score and found a surprise: new accounts that he hadn’t opened, the work of an identity thief. “My credit score dropped about 60 points or more, taking me from good to poor credit,” he said, impacting his borrowing power. Of the 200 million Americans with FICO credit scores, a little less than 3 million, or about 1.4%, have a perfect 850 credit score according to Fair Isaac Corp.

Then there’s your cholesterol levels. Having less than 200 milligrams of cholesterol per deciliter of blood is generally desirable, and anything higher becomes a serious risk factor for heart disease, according to the American Heart Association. In most cases, there aren’t symptoms that would give you a clue of high cholesterol and the plaque it can cause in your arteries, so it’s important to get periodic blood tests and an annual physical. It’s also important to know that genetics play a large role, so a healthy lifestyle alone may not be enough of a safeguard.

Like canaries in a coal mine, these kinds of numbers can act as sentinels of our physical and financial well-being. We’ve rounded up 10 of these data points that are key indicators of how you’re doing. 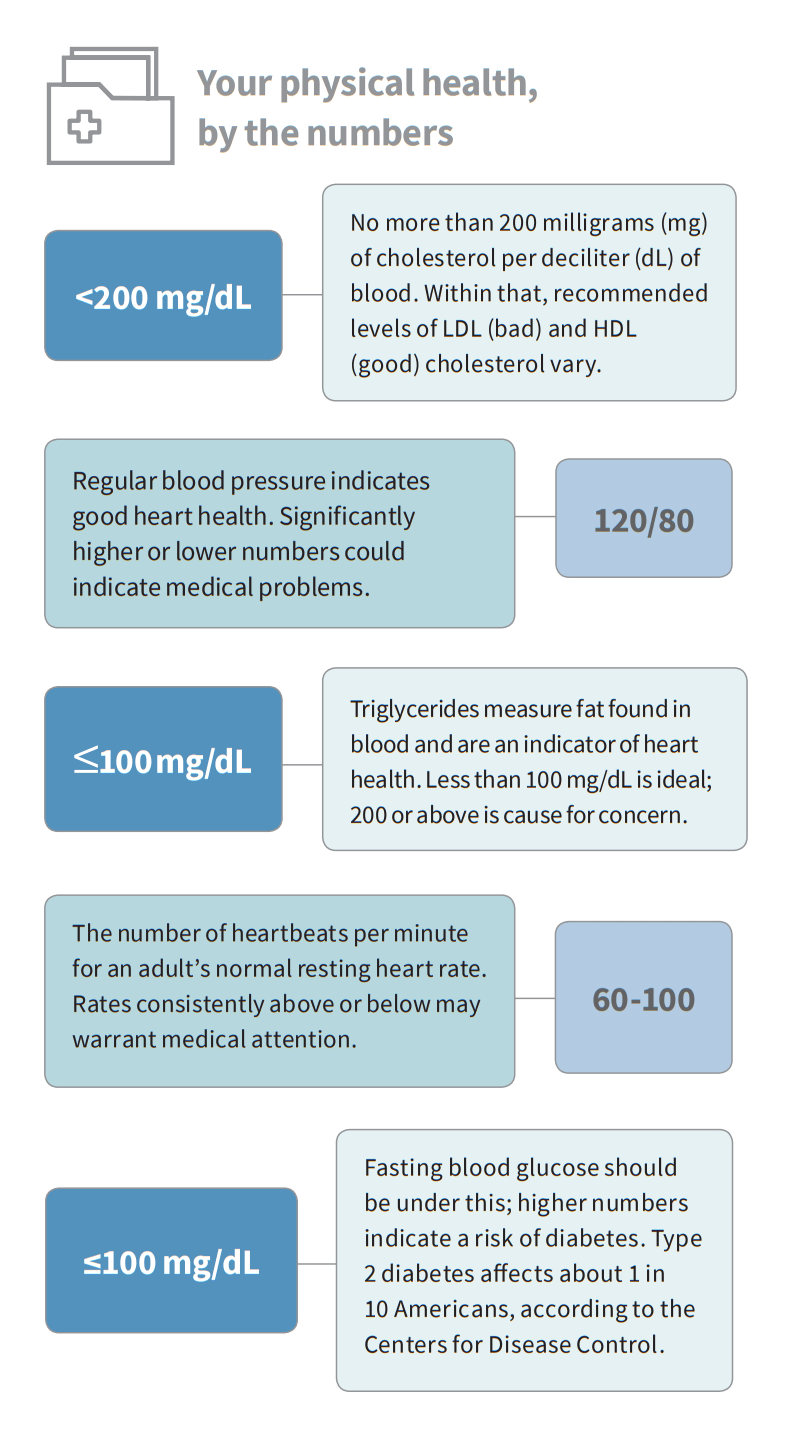 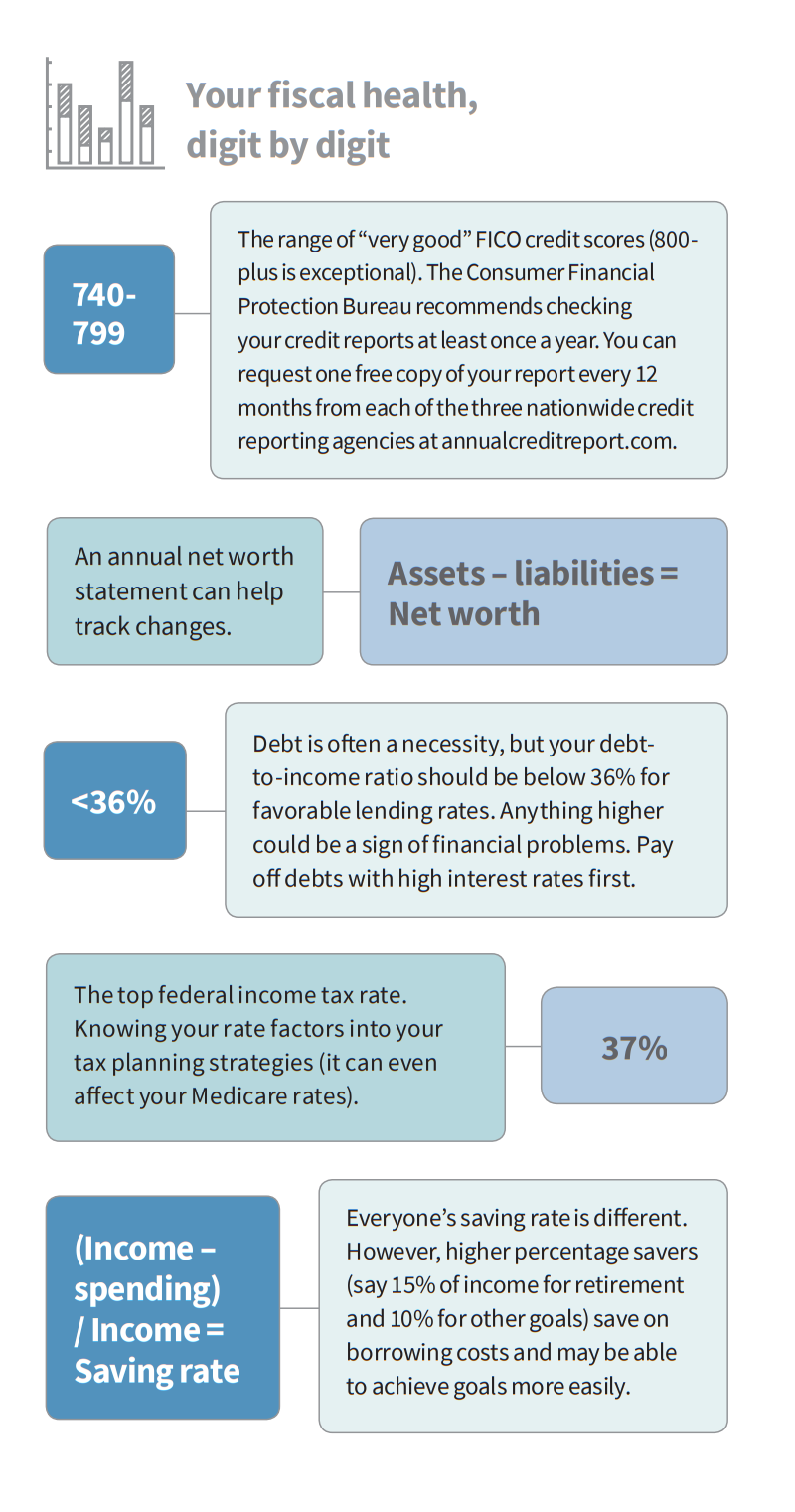