Early in my career as a government bond trader, I remember clients owning 30 year Treasury bonds bought in the early 1980’s, yielding over 13%. When those bonds matured 30 year Treasury yields were around 2.90%. These investors looked like geniuses! Who in 1981 would dare buy a 30 year Treasury note when the Consumer Price Index in 1980 was 13.5% and the 2 year Treasury note yielded an all-time high of 16.95%? However, it was not genius as much as understanding economic cycles and knowing how to take advantage of those cycles. 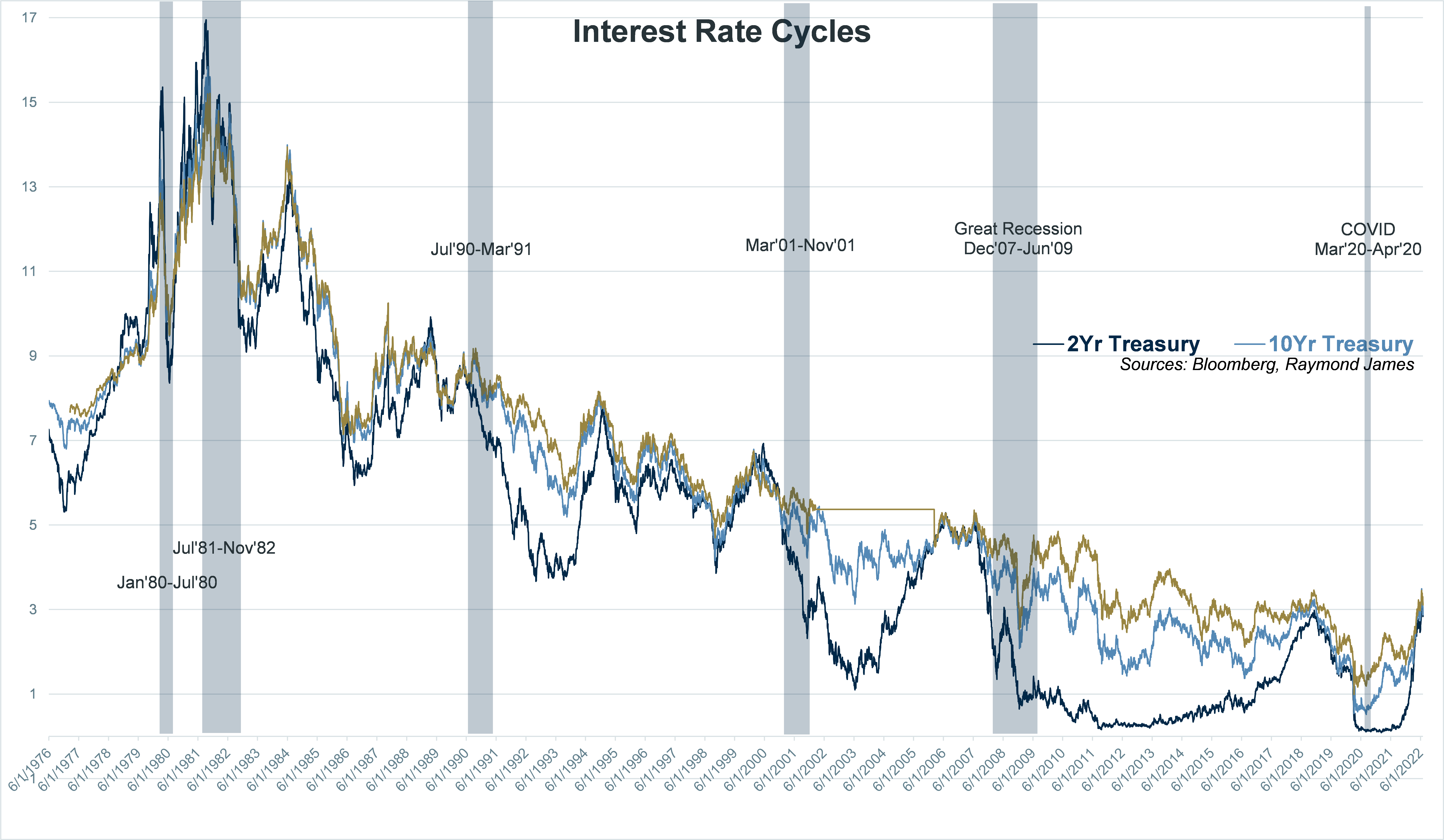 Every economic cycle tends to follow the same pattern; expansion, peak, contraction, and trough with interest rates following similar cycles of steepening yield curve, flattening, inversion and declining yields. Rinse and repeat. Year to date, the 10 year Treasury note low yield was on January 1 at 1.63%. It peaked on June 14 at 3.48% and is currently trading at 3.01%. The 2 year is currently yielding 2.78%, only a 2 basis point spread between the 2 and 10 year Treasury notes. The 10 year Treasury is trading ~2.80%, largely influenced by investors’ assessment of inflation. With only a 2bp spread between the 2 and 10 year notes, it may be telling us it’s time to lock in the yields.

In 1981 an investor could reasonably argue to stay short since the 2 year Treasury note was earning more than the 30 year Treasury bond. An investor could rationalize buying short maturities in anticipation that continued inflation would permit reinvesting into a higher interest rate environment. There was no guarantee that inflation would subside in 1981 just as there is no guarantee it will subside today. The uncertainty during this period is reflected in the graph’s volatile and confused movement. One could argue bond investors in 1981 would have benefitted from low durations.

Interest rates are nowhere near 1981 levels yet the story is much the same. It’s tempting to buy short maturities when the yield curve shows minor differences between the short term and longer term yields. Locking in today’s higher yields in longer maturities may make investors look like geniuses should interest rates begin to decline.

Investment products are: not deposits, not FDIC/NCUA insured, not insured by any government agency, not bank guaranteed, subject to risk and may lose value.

The future at your fingertips