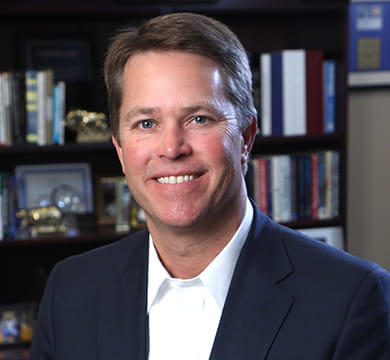 Jeff Joiner’s interest in finance goes all the way back to his childhood. “I grew up in this business and from an early age enjoyed learning about and navigating the markets,” he says. A secondgeneration financial advisor, Jeff seeks to help people decipher the complexities of the financial landscape and create prudent investment plans designed to achieve their goals while carefully managing risk. His clients include families and individuals, as well as for-profit and not-for-profit institutions. After graduating with honors from the University of Kentucky with his Bachelor of Business Administration, Jeff began his career as a financial advisor at Hilliard Lyons. He went on to hold positions with Morgan Keegan and PrimeVest Financial. As Vice President and Branch Manager, he led the FNB Investment Services team to join Raymond James in 2007. Jeff is active with a number of local organizations including the Rotary Club of Danville, where he is a past president, board member and was named a Paul Harris Fellow. He has served in various capacities at the Heart of Kentucky United Way receiving the group’s Community Leadership Award and its Community Impact Award. He is also a graduate of Leadership Boyle County, a Salvation Army volunteer, and has served as a member and elder at First Christian Church of Danville. Originally from Hopkinsville, Kentucky, Jeff now lives in Danville with his wife, Libby, and their two children, Joshua and Elizabeth. He enjoys boating, playing tennis, and making memories with his family.

Investment advisory services offered through Raymond James Financial Services Advisors, Inc.. Farmers National Bank and FNB Investment Services are not registered broker/dealers and are independent of Raymond James Financial Services. Investment products are: not deposits, not FDIC/NCUA insured, not insured by any government agency, not bank guaranteed, subject to risk and may lose value.