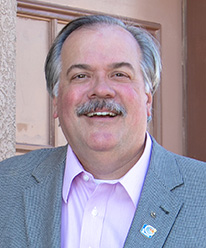 Using his wisdom and long-term conservative view, David provides outstanding service tailored to each of his clients’ needs. His clients’ goals are his, too, and he strives to help clients feel happy and fulfilled. David prides himself on being candid and upfront – he wants to be the first person his clients call for all of their financial questions, expectations and concerns. David loves his job because he loves his clients. He enjoys being a friend and advocate for them and feels rewarded by serving them as a family member would. As a senior financial advisor, mentor and numbers man, David follows a refined, trusted process to help his clients pursue their long- and short-term goals.

David earned his Bachelor of Science in business management from the University of Wisconsin. After graduating college in 1980, he accepted a position at Baxter International, where he stayed for 24 years, departing as general manager. In 2004, he accepted the position of financial advisor at A.G. Edwards & Sons, later transitioning to Wells Fargo Advisors in 2008. In 2018, David joined Raymond James, a firm that he feels not only respects his relationship with his clients, but values it.

David is an active member of the Riverside Church of Christ and of the Rotary Club of Mountain Home, in which he’s served as president and secretary. He’s also a lieutenant governor in the executive committee of the Rotary International District 6110 and commissioner of The Cotter/Gassville Rural Volunteer Fire Department.

Originally from Crivitz, Wisconsin, David now lives in Cotter, Arkansas – also known as the trout fishing capital of the world. He enjoys fishing, kayaking, bicycling, woodworking, traveling and cheering on the Green Bay Packers, of which he’s a stockholder. David lives with his wife and best friend, Judy. Together, they have a daughter, Megan, and son, Blake. Megan has a daughter named Lydia with her husband, Andy; Blake, who’s married to Jen, has a daughter named Nora Jane. David also has a stepdaughter named Kelsey, who’s engaged to KC, and a stepson named Kolton, who’s married to Kimber.

Raymond James is not affiliated with the entities mentioned herein.