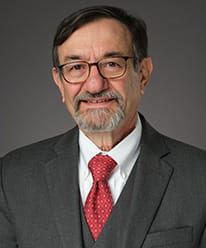 Lou is a graduate of Duquesne University in Pittsburgh, PA with a bachelor’s degree in Business Administration. He started his career with Dun & Bradstreet in Louisville, KY in the management program and transferred to Oklahoma City to head the service department. Later he became a financial reporter and salesman for the company. During these years Lou’s wife, Dianne, attended the University of Oklahoma Medical School. Knowing Oklahoma is where they wanted to raise their family. Lou chose to change careers and pursue a lifelong interest in the stock market. Lou became a financial advisor with the firm of A.G. Edwards in 1978. The firm later became Wells Fargo Advisors. The Gasbarra Team joined Raymond James & Associates in November 2018.

Lou focuses on the financial needs and goals of his clients. He takes pride in watching the children of his clients attain their educational goals and his clients enjoying their retirement dreams with his financial guidance and their hard work.

Lou has served the community in many way, among them serving on the boards of the Center of Family Love, Bishop McGuiness Catholic High School and the Oklahoma City Archdiocese Catholic Foundation. He is also a member of the Downtown Oklahoma City Rotary Club.

Lou and Dianne have four grown children and seven wonderful grandchildren. They both are very active keeping up with the family and in their free time enjoy gardening and traveling.