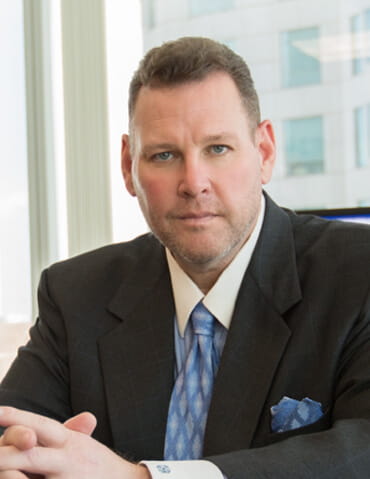 Chris joined Raymond James in 2010 and opened the Los Angeles office as branch manager. He was attracted by the firm’s unique corporate culture and feels that Raymond James is truly committed to serving ultra-high-net-worth families through its dedicated wealth strategies team. He works closely with Lisa to ensure that clients receive the highest degree of personal service and attention.

He has held several senior management positions during his 35-year financial services industry career, including regional director, regional sales manager, complex manager and branch manager. He began his career in the financial services industry in 1987 at Prudential Securities, where he was named rookie of the year. He holds Series 7, 63, 65, 3 and 8 securities licenses.

Chris attended California State University at Fullerton on a football scholarship and graduated with honors, earning a bachelor’s degree in political science and public administration. Outside of work, Chris is active in his community as a youth athletics coach and has served as a board member and vice president of the Covina American Little League.