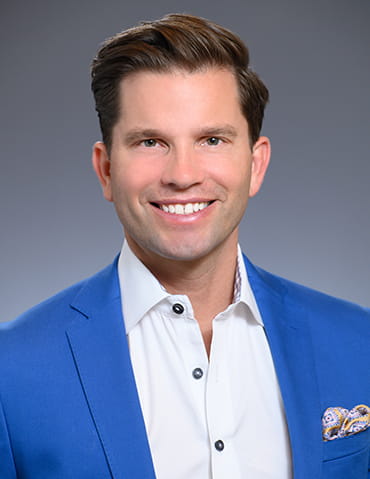 Partnering with high-net-worth individuals and institutions to develop strategies for the complexities of wealth is Erik’s strong suit. Dedicated and resourceful, he specializes in institutional consulting, corporate retirement plan consulting, options strategies, lending, and equity and bond trading. Since he began his finance career in 2010, he has gained skills in multiple areas of wealth management and enjoys the strong backing of a successful team that has worked together for over a decade.

He began his career in wealth management at Morgan Stanley in Beverly Hills in 2010, and was drawn to Raymond James in 2012 by its distinctly warm corporate culture. He spent many years previously in New York City, working in commercial real estate and finance. Prior to starting his business career, Erik was a fashion model in New York City along with his identical twin brother, appearing on television shows and in numerous magazines and advertisements.

Erik is an Accredited Investment Fiduciary®, Wealth Management Specialist® and Chartered Retirement Plans Specialist. He holds Series 3, 7 and 66 securities licenses, is a licensed variable life and health insurance producer in the state of California and a licensed real estate broker in the state of New York. Erik received his Bachelor of Arts degree from Northwest University.

Originally from Seattle, Erik resides in Los Angeles with his wife, Genelle, and their children, Maxwell, Huxley and Avrielle. Erik is an avid golfer and enjoys playing the piano and beach volleyball.