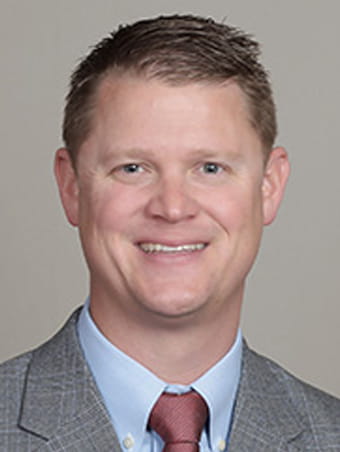 Nick is founder and director of Grand Design Wealth Management. As an Accredited Asset Management Specialist® he has the required knowledge necessary individuals face both before and after retirement. Nick specializes in creating a specific, individualized financial plan for all stages of life’s journey with the intention of creating and sustaining financial independence. Nick focuses his practice on those who are serious about applying discipline and emotional intelligence to a to a well-defined plan of execution. Nick conducts both face to face and virtual meetings and enjoys working with retirees who have done the hard work of saving and now desire a comprehensive game plan to last through the golden years.  Nick focuses his practice on retirement planning, wealth accumulation and preservation, legacy considerations and creating income streams for the hard-earned, sought-after retirement years all while keeping in mind the importance of providing Biblically sound financial advice. Nick is currently working toward the Kingdom Advisor educational designation to provide a deeper level of understanding as it pertains to money and the role money should play if one desires a biblical perspective as it pertains to their financial planning and overall investment philosophy.

Nick earned his undergraduate degree from the United States Air Force Academy and was commissioned as an officer in 2008. While in the Air Force he achieved the rank of Captain, managed various airfields and conducted air traffic control operations both stateside and abroad. Nick holds a Master of Business Administration degree from Wilmington University which served as his springboard into the financial services arena. Nick began his career in 2013 at Edward Jones and in 2018 he brought his practice as an independent with Raymond James.

Nick was born in Ohio and was raised in Central Florida where he graduated high school. Throughout his adult life and thanks to his tenure with the Air Force, he has lived in California, Colorado, Delaware, Louisiana and most recently he and his family made the leap to settle down and raise his family in beautiful coastal South Carolina. Nick’s parents, three brothers and their children all reside in the Beaufort area which was a major motivation to transition from Louisiana to Bluffton and the tranquility of the Lowcountry.

Nick is proud to be married to his bride, Laura, who was born and raised in the great state of Louisiana. Nick and Laura have three wonderful children, Heidi, John Michael and Hannah and, together, they enjoy a variety of activities. Laura is a class act in the kitchen and on the grill and a wonderful dedicated homeschool mother. The kids are high energy seekers that love anything involving the water whether it be a pool or a beach. One of the Martin’s favorite activities is exploring new places in the RV. The Martins attend Calvary Chapel Lowcountry and are thankful for their church and are blessed to call it home.