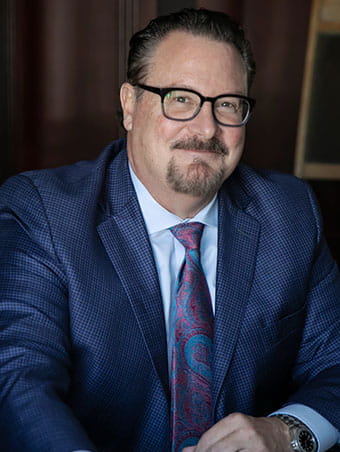 Joseph Engleby is the founder of Nazareth Investment Services as well as Nazareth Insurance Services - both located in Nazareth, PA and part of Hendel Wealth Management Group. Joe began his career in the Financial Advisory Services and Wealth Management industry in 1994, offering more than 27 years of knowledge and expertise to his clients and helping them to both simplify and navigate a complex financial landscape.

Joe was appointed to the Executive Council of Raymond James in 2014*, an honor presented to leading Financial Advisors. He holds his Series 7, 65, 63, and 24 securities licenses as well as Life & Health insurance licenses.

A Nazareth resident, Joe—who considers himself humble, compassionate, kind, and adventurous—earned his bachelor's degree from East Carolina University and received his AAMS® designation from the College for Financial Planning.

Joe considers becoming a father to his three children, Logan, Sofia, and Cole his greatest accomplishment. He is one of the founders of the Northampton Youth Lacrosse league and takes great pleasure in volunteering with the organization. He enjoys weight training, riding motorcycles, participating in saltwater fishing tournaments, and traveling to anywhere and everywhere that he can be in, on or under the water.

He is inspired by having the opportunity to mentor youth by encouraging them to embrace the world around them through positive thinking. In the words of Robert C. Savage, Joe believes that “You can measure a man by the opposition it takes to discourage him.”

Raymond James is not affiliated with Nazareth Insurance Services.

*Membership is based on prior fiscal year production. Re-qualification is required annually. The ranking may not be representative of any one client’s experience, is not an endorsement, and is not indicative of an advisor’s future performance. No fee is paid in exchange for this award/rating.

Source: Forbes.com (January, 2021). The Forbes ranking of Best-In-State Wealth Advisors, developed by SHOOK Research, is based on an algorithm of qualitative criteria, mostly gained through telephone and in-person due diligence interviews, and quantitative data. Those advisors that are considered have a minimum of seven years’ experience, and the algorithm weights factors like revenue trends, assets under management, compliance records, industry experience and those that encompass best practices in their practices and approach to working with clients. Out of approximately 32,725 nominations received, based on thresholds, more than 5,000 advisors received the award. Portfolio performance is not a criteria due to varying client objectives and lack of audited data. Neither Forbes nor SHOOK receives a fee in exchange for rankings. This ranking is not indicative of advisor’s future performance, is not an endorsement, and may not be representative of individual clients’ experience. Neither Raymond James nor any of its financial advisors or RIA firms pay a fee in exchange for this award/rating. Raymond James is not affiliated with Forbes or Shook Research, LLC. For more information: www.SHOOKresearch.com