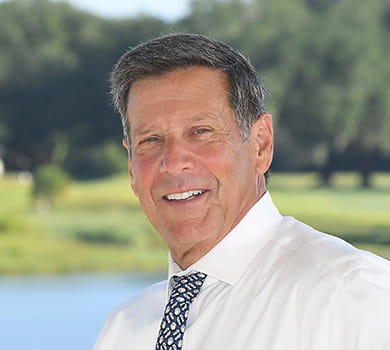 Jeffrey Hull AIF® Managing Director, Investments Accredited Investment Fiduciary®
I have a passion for helping others because I realize I didn’t get here by myself. I’ve been fortunate to have wonderful coaches, colleagues, family and friends.

Over three decades, Jeff has helped multigenerational families gain fresh perspective on the big picture through a comprehensive approach to wealth management. He has a down-to-earth communication style and believes that trust is the cornerstone of a great advisor-client relationship. “I truly care about my clients’ financial success and I know them personally – not just the numbers but also what’s important to them,” Jeff says. He enjoys being there for people during the significant events in their lives, helping to build the solid financial foundation that each phase requires.

An Accredited Investment Fiduciary®, he designs custom investment strategies tailored to each client. Through the years he has developed a pragmatic, common sense approach to managing and preserving wealth. It’s all in service of staying in harmony with his clients’ needs and goals.

Jeff began his career in finance in 1988 as a financial consultant with Smith Barney. Nineteen years later, he joined Morgan Keegan, which became Raymond James in 2013. A native of Mountain Lakes, New Jersey, he was drawn to attend the University of South Carolina, where he earned a Bachelor of Science degree and played varsity tennis, and has made Bluffton, South Carolina, his home.

He has given back to his community in various ways over the years, serving as president of Island Recreation Center, treasurer for the Island School Council, and as a coach of youth tennis, basketball and soccer. He’s also a member of the Colleton River Club. In his spare time, Jeff enjoys golf, exercise of all kinds, reading, and spending time with his wife, Liz, their three children and their two grandchildren.

Tennis ace Jeff was a tennis standout at the University of South Carolina and briefly held a world ranking of 600.
Prev Bio
Next Bio
Sophisticated wealth management

Let’s talk about what matters most to you.

envelope
Raymond James financial advisors may only conduct business with residents of the states and/or jurisdictions for which they are properly registered. Therefore, a response to a request for information may be delayed. Please note that not all of the investments and services mentioned are available in every state. Investors outside of the United States are subject to securities and tax regulations within their applicable jurisdictions that are not addressed on this site. Contact our office for information and availability.