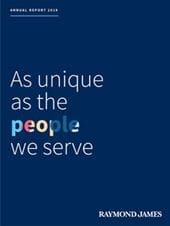 The road to rebuilding

With much of the country facing an infrastructure crisis in 2019, Raymond James played a pivotal role in helping the state of Connecticut secure funding for large-scale transportation improvements, led by (left to right) Alex Shih and Bob Coven in Public Finance, Don O’Brien in Underwriting and Lindsay Wilhelm in Municipal Credit Research.

It’s a challenge being faced nationwide. Highways are pocked with potholes, leaky and leaden water systems are in need of updates, and countless bridges, dams and railways are overdue for repairs. Our national infrastructure is in desperate need of a refresh. So much so that the American Society of Civil Engineers (ASCE) gave U.S. infrastructure a D+ in its 2017 Infrastructure Report Card, updated every four years. It gave the same grade in 2013.

No question there is a lot of work to be done, and financing these updates is no small task. According to the ASCE, nearly $4.6 trillion will need to be spent over the next decade to make the necessary improvements.

Fortunately, the Public Finance team at Raymond James has found a way to be a part of the solution. By partnering with states across the country, they’ve helped to raise funding for critical infrastructure projects that help revitalize communities and create jobs while delivering a return for investors.

“Participating in efforts to upgrade the nation’s infrastructure is important work – these are the structures and systems that enable our daily lives,” said Gavin Murrey, Raymond James executive vice president and head of Public Finance. “Across the country, we’ve built strong partnerships with our clients by being diligent and focusing on executing our clients’ financings to their high expectations. Our work with Connecticut is an example of that.”

As a rotating senior manager on Connecticut’s Special Tax Obligation (STO) program, Raymond James most recently served as the bookrunning senior manager for the sale of $850 million of Transportation Infrastructure Purposes Bonds offered in October of 2018. The bonds financed several key Department of Transportation infrastructure improvement projects, including the construction, repair and rehabilitation of Connecticut’s highways and bridges, mass transportation and transit facilities, waterways, maintenance garages and administrative facilities.

“We pride ourselves on providing innovative ideas and superior execution,” said Bob Coven, managing director and lead coverage banker to the state. “For Connecticut to have us lead such an important financing speaks volumes of their trust in our firm, and we wanted to do everything we could to ensure the state paid the lowest interest cost possible.”

That included navigating various external influences on market pricing, including rating uncertainty after S&P published advance notice that its criteria change for Priority Lien Tax Revenue Debt – the methodology used for rating the state’s STO bonds – could be released at any time between mailing of the preliminary offering document and deal closing. Given that uncertainty could create confusion with investors and negatively impact the pricing of the issue, the Public Finance bankers coordinated with the Raymond James Municipal Credit Research department to proactively engage investors, the state and all stakeholders on all possible outcomes.

The sale was apportioned into a two-day order period, with the first day open solely to individual investors, followed by institutional investors the following day. Retail orders totaled more than $455 million, representing nearly 83% of the bonds available that day – which at the time set a record for any bond sale in Connecticut’s history.

During the institutional order period, total orders approached $1.2 billion for the remaining $395 million in bonds offered. Follow-up from individual investors resulted in an additional $23 million in retail orders, bringing total retail orders for the bond sale to $478 million.

“The sale was a huge success, not just because of the amount we were able to raise, but the variety of investors we were able to attract also helped to stabilize the sale for attractive rates,” said Don O’Brien, managing director and lead underwriter for the financing.

Interest rates were lowered from 1 to 5 basis points across more than half of the maturities, bringing the true interest cost of the 20-year, new money STO bonds to 3.96%.

Ultimately, the Public Finance team credits a “firing on all cylinders” approach for its success in attracting buyers and raising the funding Connecticut needed. There was a truly collaborative effort across sales, distribution and marketing – the latter of which included a comprehensive media plan that drove close to 3,300 visitors to the state’s bond information website.

Altogether, it was a noteworthy win for Raymond James – one that’s in keeping with the greater reputation the firm has garnered for delivering results for partners, clients and investors. In Connecticut, Raymond James is the number-one ranked underwriter of municipal bonds, having underwritten 113 issues for a total par amount of $4.36 billion* since 2014.

Better still, with financings like this one, the firm gives investors an opportunity to reach their financial goals while helping states to make much-needed progress in revitalizing their communities.