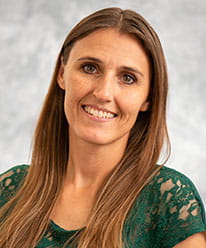 Kerri Carter is a native of Dobbs Ferry, NY. In 1993, once her heavy travel schedule ended, she finally settled down in Sarasota. She started her career working for the family consulting business of Coast to Coast Computers, Inc. as the Director of Administration. In 2000, after the intense Y2K workload subsided, she joined Morgan Stanley in their Sarasota, FL office and acquired her Series 7, Series 66, and Life, Health, and Variable Annuity Insurance licenses.

In 2006 she left Morgan Stanley to join the Sarasota office of Raymond James & Associates. She became the Branch Manager's Assistant and acquired her WMS, Wealth Management Specialist. She then assisted Jim Zientara with opening his new Raymond James branch in 2009 where she is the Office Manager.

Kerri was home schooled through the Christian Liberty Academy located in Arlington, IL specializing in Professional Management. This institution is widely used for young adults of Consular personnel and Government officials with heavy travel requirements. Her parents had worldwide business dealings and as a result she was constantly on the go. This experience allowed her to meet many interesting people and diverse cultures from all continents.