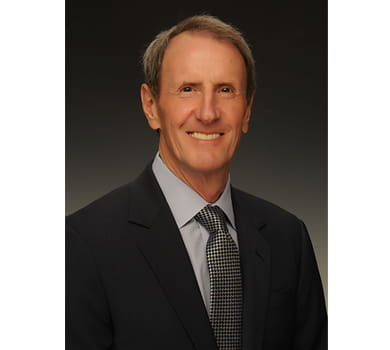 Bill’s career in wealth management has consistently promoted the belief that all investors deserve three things: conflict-free advice delivered with clarity; a conservatively-focused investment strategy and; communication and service delivered with integrity.

In 2005, when preparing to re-enter the private client retirement planning area, Bill earned the CERTIFIED FINANCIAL PLANNER™ certification and more recently has earned the Retirement Income Chartered Professional designation. He also holds the Series 3, 7, 8, 63 and 65 licenses. Bill is a member of the Raymond James Charitable Advisory Committee. He is a graduate of Wright State University, where he earned a Bachelor of Arts in political science.

While away from the office, Bill’s commitment turns to the community. He is a member of the Catholic Foundation Professional Advisor Group and volunteers with Cristo Rey Columbus High School. He has been active with and is a past president of the Central Ohio Diabetes Association Board of Directors. He is a long time member of the Columbus Athletic Club and Brookside Golf and Country Club, where he served on the board as its secretary. He has volunteered with Big Brothers Big Sisters and Junior Achievement.

Bill grew up in Springfield, Ohio and today lives in Hilliard, Ohio, with his wife, Jeanne, and son, Brian. They are members of St. Andrew Catholic Church. In his free time, Bill practices yoga, is a marathon runner, cyclist, golfer, and occasional fisherman.