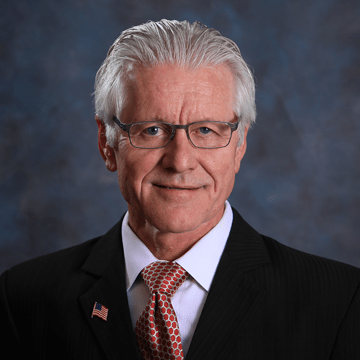 Bogie spent the first 15 years of his career in various engineering, management and senior executive positions with large corporations. In 1993, he took a short career detour to help his family run a small manufacturing business, eventually becoming its CEO. After selling the business in 1998, Bogie resumed his financial planning career, becoming a financial advisor at A.G. Edwards & Sons, Inc. After the firm was sold to a large bank in 2007, Bogie selected Raymond James as a sound place for his clients.

After graduating with an electrical engineering degree from Stevens Institute of Technology in 1979, Bogie obtained a professional engineering license in the state of Florida. Shifting his career to finance, Bogie received his MBA in 1983 from Nova University, and then became a CERTIFIED FINANCIAL PLANNER™ professional in 1998 and Accredited Asset Management Specialist in 2001, both through the College for Financial Planning. In 2006, he completed his General Supervisor’s Registration as a prerequisite to serving as a branch manager.

Bogie is active in the community, serving on the corporate board of the Big Brothers Big Sisters of the Sun Coast, as well as mentoring youth as a Big Brother. He is also a member of Rotary International and a former board member of the Englewood Rotary Club. In the past, Bogie was a graduate assistant for Dale Carnegie Courses, a counselor for the Service Corps of Retired Executives (SCORE), and a volunteer guardian ad litem certified by the Florida Supreme Court.

The Korszen family enjoys traveling together to run marathons in faraway places. Bogie and Dorothy created the Korszen Family Donor-Advised Fund at the Gulf Coast Community Foundation of Venice to encourage their four kids to give back to the community. They hold family meetings to select donations to local charities.

Raymond James is not affiliated with any organizations mentioned.

Membership is based mainly on assets under management, education, credentials and fiscal year production. Requalification is required annually. The ranking may not be representative of any one client’s experience, is not an endorsement, and is not indicative of advisor’s future performance. No fee is paid in exchange for this award/rating.


Raymond James financial advisors may only conduct business with residents of the states and/or jurisdictions for which they are properly registered. Therefore, a response to a request for information may be delayed. Please note that not all of the investments and services mentioned are available in every state. Investors outside of the United States are subject to securities and tax regulations within their applicable jurisdictions that are not addressed on this site. Contact our office for information and availability.