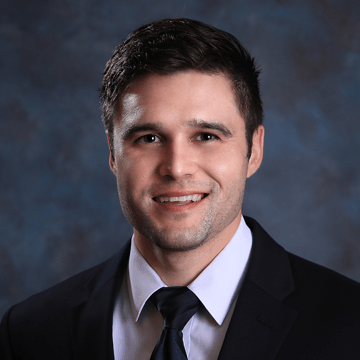 Perry is a Florida native who grew up in Englewood and attended Pine View School for the gifted in Sarasota. He then attended the University of Florida, where he majored in finance. While at UF, Perry was a brother in the Alpha Tau Omega fraternity and was a volunteer in the Big Brothers Big Sisters organization.

Upon graduating Perry was commissioned as an officer in the United States Marine Corps. He spent his time in the operating forces as a Platoon Commander for Combat Logistics Battalion 2. Perry was deployed to Afghanistan, where he served as convoy commander for frequent patrols throughout Helmand Province.

In 2013 Perry completed his military service and moved back to Florida to join the Korszen Financial Group as a financial advisor. He is an active member of the Military Officers Association of Sarasota, the Veterans of Foreign Wars (VFW) and Big Brothers Big Sisters of the Sun Coast.


Raymond James financial advisors may only conduct business with residents of the states and/or jurisdictions for which they are properly registered. Therefore, a response to a request for information may be delayed. Please note that not all of the investments and services mentioned are available in every state. Investors outside of the United States are subject to securities and tax regulations within their applicable jurisdictions that are not addressed on this site. Contact our office for information and availability.