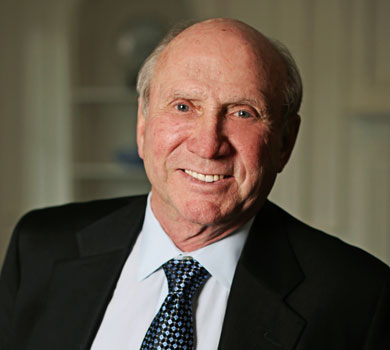 Raymond (Ray) spends most of his time in discussions with clients in an effort to better understand their financial goals and needs. When he's not in a meeting, he can be found working on financial plans, investment analysis, or client reports. As the lead planner and advisor, Ray coordinates the team's efforts and oversees each aspect of operations. He started in the financial planning industry in 1975 and has owned his own business since 1988.

Ray has spent his life being a part of the Northwest golf community since he was three years old. He spent his early years as a caddie at Riverside Golf & Country Club and was awarded an Evans Scholarship. To this day, Ray has continued to remain actively involved in golf. Since 1982, Ray has been a member of Oswego Lake Country Club and a past board member. He also belongs to the Astoria Golf and Country Club. In 1988, Ray became an active member of the Tournament Golf Foundation (TGF) and has also served on the board of directors. TGF is responsible for bringing the Ladies Professional Golf Association tournament to Portland. Additionally, Ray serves as a Regional Director for the Western Golf Association, which coordinates and sponsors the Evans Caddie Scholarship.

In his earlier years, Ray achieved the rank of Eagle Scout and the Order of the Arrow.