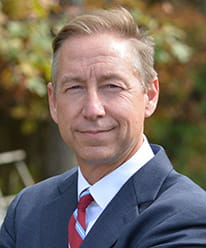 Rick began his career in the financial services industry in 1991 as a financial advisor for a large regional firm. Hard work and a commitment to excellence led to Rick's status as a top producer and subsequently, General Partner of the firm. For several years, Rick served as the leader of the greater Cincinnati region and was responsible for the firm's growth and expansion. In 2009, Rick formed a premier financial services and holistic planning practice. O'Dell Capital Management works with corporate executives, successful business owners and individuals with significant assets. Rick is the creator of Capital Markets University and LODESTAR Investment Strategies.

Rick and his wife, Robyn, reside in Kings Mills, OH. They are proud parents of two daughters, Peyton and Jensen. Rick enjoys spending time with family and traveling about the country in their motorhome. Retirement planning is a niche that Rick has created in the practice and meeting retirees from across the United States is a privilege that he greatly enjoys.