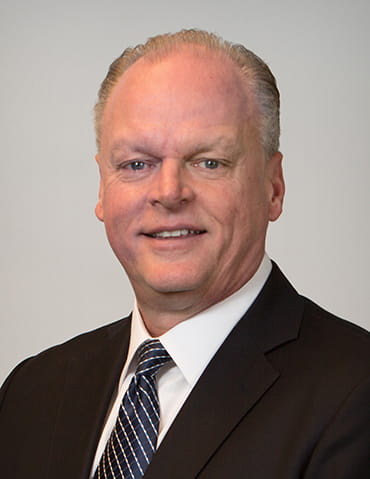 Rick is a founding member of Princeton Wealth Advisors (PWA) of Raymond James, where he focuses on high-net-worth relationships. He works with client families to develop an overall financial strategy and execute their wealth management plans, including investments and integrated tax and estate planning. In addition to managing their financial investments, Rick works with multigenerational families to develop a wealth transfer strategy for future generations.

Before founding PWA, Rick was a vice president of investments for Merrill Lynch for 13 years. Prior to joining Merrill Lynch, Rick was a financial advisor with Prudential Securities for nine years. He began his career in the investment business with E.F. Hutton in 1984.

Rick graduated from Rollins College with a BA in business administration. He later earned his Certified Investment Management AnalystSM designation from the Wharton School of Business. Rick holds Series 7, 63 and 65 securities licenses.

Rick was recognized by the Financial Times as one of the Top 400 Financial Advisors in the United States in 2015*. He has been a member of the Raymond James Chairman’s Council** (2010-2017), which acknowledges the firm’s top advisors. Rick resides in Skillman, New Jersey, and enjoys spending time with his wife, Lisa, and daughters Colby and Palmer. He also enjoys playing golf and tennis as well as traveling. True to his Boston roots, Rick is a fan of Boston sports teams.

*The FT 400 was developed in collaboration with Ignites Research, a subsidiary of the FT that provides specialized content on asset management. To qualify for the list, advisors had to have 10 years of experience and at least $300 million in assets under management (AUM) and no more than 60% of the AUM with institutional clients. The FT reaches out to some of the largest brokerages in the U.S. and asks them to provide a list of advisors who meet the minimum criteria outlined above. These advisors are then invited to apply for the ranking. Only advisors who submit an online application can be considered for the ranking. In 2015, roughly 1400 applicants were received and 400 were selected to the final list (28.5%). The 400 qualified advisors were then scored on six attributes: AUM, AUM growth rate, compliance record, years of experience, industry certifications, and online accessibility. AUM is the top factor, accounting for roughly 60% to 70% of the applicant’s score. Additionally, to provide a diversity of advisors, the FT placed a cap on the number of advisors from any one state that’s roughly correlated to the distribution of millionaires across the U.S. The ranking may not be representative of any one client’s experience, is not an endorsement, and is not indicative of advisor’s future performance. Neither Raymond James nor any of its financial advisors pay a fee in exchange for this award/rating. The FT is not affiliated with Raymond James.

**Chairman’s Council membership is based mainly on assets under management, education, credentials, and fiscal year production. Requalification is required annually. The ranking may not be representative of any one client’s experience, is not an endorsement, and is not indicative of advisor’s future performance. No fee is paid in exchange for this award/rating.