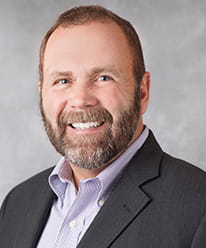 Ray has provided personal financial advice to clients since 1986. In 1990 he became a General Securities Principal and joined Raymond James in 1994. Ray takes great pride in the fact that many clients have been with him from the beginning of his career.

Ray is married to Lori and between the two, they have four children: Meredith, Adam, Abbey, and Ashley. Residing in Louisville, Ray has immersed himself in the community. He has been involved with the Louisville YMCA Board since 1998, serving as Board Chair from 2007-2011. In 2013, Ray was honored as Louisville YMCA Volunteer of the Year and is currently serving as a member of the Stark County YMCA Endowment Committee. Ray also served as past President of the Louisville Chamber of Commerce. During fall football season you will find Ray roaming the sidelines as a member of the “Chain Gang” for the Louisville Leopards varsity football team. Ray and Lori enjoy volunteering for the Alliance Area Domestic Violence Shelter, helping with numerous fundraising activities. Lori is currently active on the DVS board.

In his leisure time, Ray enjoys playing basketball at the Y, working on his golf game and enjoying a good book. When time allows you can find Ray walking amongst the trees at their tree farm in upstate New York.