While economists have been lowering their employment forecast month over month over month, the U.S. labor market has continued to disappoint those forecasts and has remained relatively strong as well as relatively stable, with jobs growing at an average of 392,000 per month during 2022.

November did not disappoint this trend, although it disappointed economists and probably the Federal Reserve (Fed), as the Fed needs to see the labor market weaken considerably in order to put an end to the increases in the federal funds rate. Furthermore, markets are going to be disappointed because they have been ‘fishing’ for data that will support their desire to see the Fed end its rate increase campaign and this November report was not reassuring.

But as we have been saying for a long time, as long as the service sector continues to boom, it is highly unlikely that the U.S. labor market would slow down considerably, and all indicators have continued to point to a still strong service sector. Furthermore, recall that this holiday shopping season is going to be the first fully ‘reopened’ holiday shopping season in two years, so Americans are probably hitting the ground running during the last month of the year. Thus, we should not expect to put a ‘RIP’ sign on the labor market just yet.

Next year, and once the holiday shopping season is over, well, that is a different story. But for now, Americans seem to be plowing along and if the labor market continues to remain strong, they will continue to borrow in order to support spending because they can. As long as the labor market remains strong, consumers will feel that they will be able to pay back those debts.

Thus, the fact that this will be the first holiday shopping season without a pandemic affecting behavior plus the added benefit of a strong labor market, will probably guarantee that the economy will stay the course for what is left of this year. 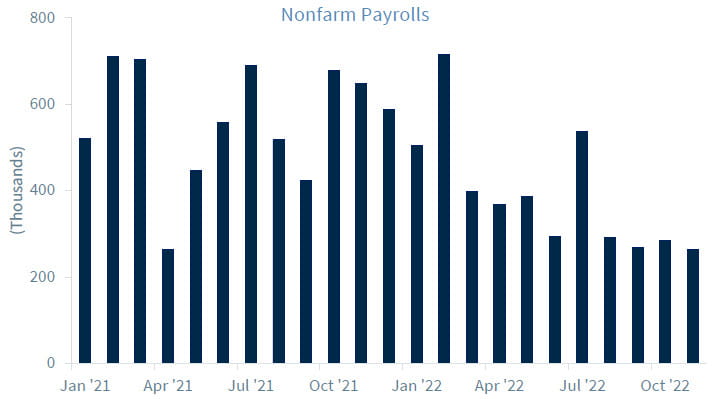 Personal Income and Spending in October

As inflation continues to improve, these measures of income are going to continue to improve as well but for now, it means that the consumers are still struggling due to the still difficult inflation environment. Thus, Americans have continued to bring down savings in order to continue to consume even if they still have some savings available from what had been accumulated during the two years of the COVID-19 pandemic. Furthermore, Americans are also using their credit cards to complement incomes to continue consuming. However, this process cannot go on forever, so we are expecting PCE to continue to slow going forward. 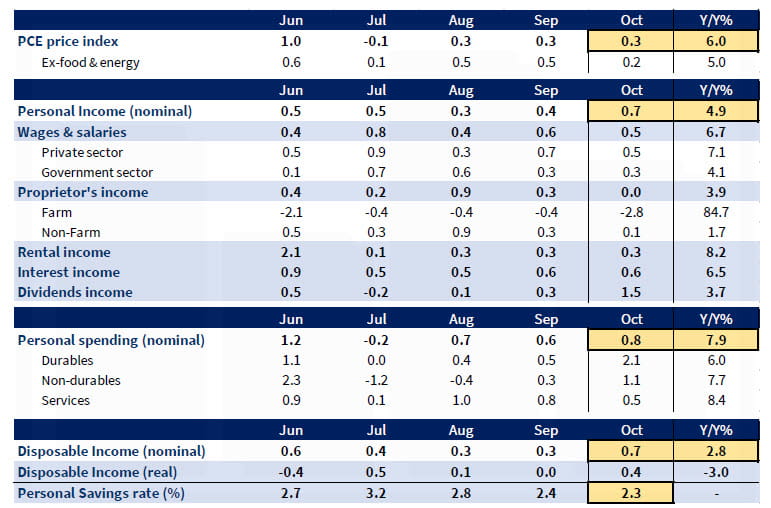 Even with this improved performance during the third quarter, the U.S. economy remained weak with net exports being the largest contributors to growth during the quarter, at 2.9% compared to an estimated contribution of 2.8% during the advanced release. Thus, we expect the economy to continue to weaken in the next couple of quarters with a mild recession hitting the economy during the second quarter of 2023. 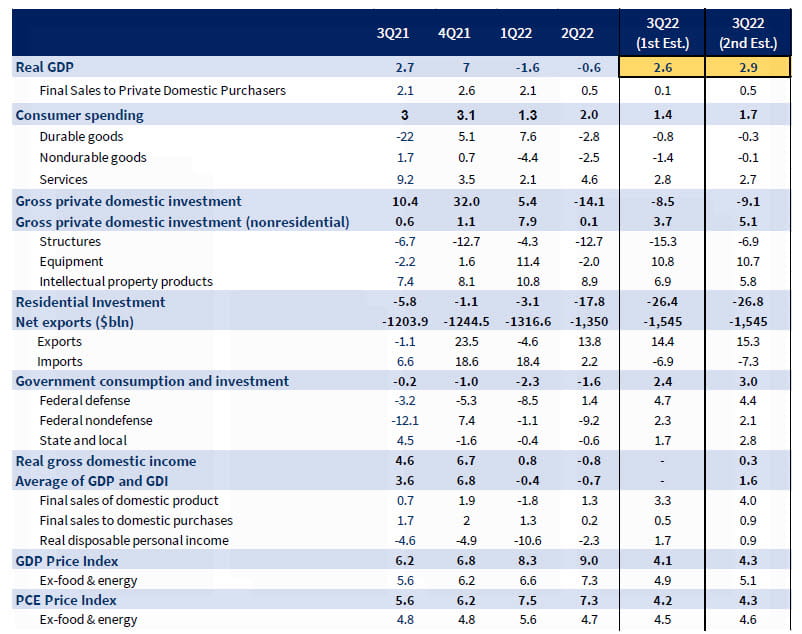