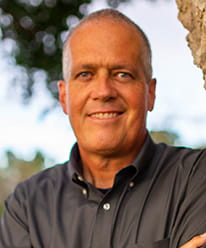 In April, 2004 Bill opened W. F. Stevens Financial Advisors, LLC. Prior to forming his own company, Bill was a financial advisor in Green Valley for 10 years with A.G. Edwards & Sons, Inc.

In 2005 Bill became a member of Kingdom Advisors, a community of Christian financial professionals integrating faith and practice for Kingdom impact. He leads the Kingdom Advisors Study Group in Tucson which meets monthly for lunch, learning and fellowship.

Bill has spoken throughout Southern Arizona in support of Cuirim House, a faith-based outreach center in Nogales, Sonora, Mexico, the goal of which is to alleviate material & spiritual poverty and develop leaders in a tough part of the world.

Bill, his wife, Tammi, and their six children live in Green Valley where their respective families have lived for over 35 years. They enjoy hiking, mountain biking, road trips and home educating their children.

The Stevens are members of Grace Church of Sahuarita, where Bill serves as an elder and on the men’s ministry leadership team. Bill and Tammi head up the marriage ministry team as well.

Bill was born in Grosse Pointe, Michigan. He grew up in the Denver, Colorado, area and moved to Green Valley, Arizona, at age 16. A graduate of Sahuarita High School, Bill received a bachelor’s degree in civil engineering from the University of Arizona. He was a seagoing officer in the United States Navy for five years, serving in combat during Operation Desert Storm.

Bill enjoys target shooting and has sponsored gun safety classes for clients and their friends. In June 2011, Bill completed an intensive program to become a licensed Emergency Medical Technician. Bill enjoys an occasional golf lesson, but does not golf regularly, believing he would be the first person to achieve a triple digit golf handicap.