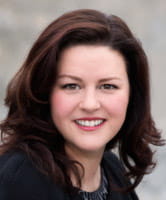 Mindy is originally from Atlanta, Georgia and has called Chattanooga home since 2006. Mindy spent 20 years in the beauty industry. She was an Aveda salon owner and educator the last ten years of her time in that career. Mindy has been creating art her whole life and chose to shift her professional focus in that direction in 2017. She has been featured in various art shows, including Four Bridges, and venues in Chattanooga. Her artwork also resides in private collections around the Southeast. Mindy formerly served as an Executive Director for an arts non-profit using her business acumen and passion for people and the arts in that role.

Mindy currently serves on the board of the Association for Visual Artists and is a past graduate of the Holmberg Arts Leadership program. She is a trustee with her husband Bryan for the UNFoundation and has served on several grant panels in Chattanooga. Mindy currently works at Tandem Financial Partners in an Administrative Support role while also expanding her art career and teaching creative art workshops in Chattanooga. Bryan and Mindy are both avid supporters of the arts in Chattanooga. They live with their two little dogs, Gravy and Baron, and enjoy cooking together, attending live performances ranging from stand-up comedy to musicals, and exploring both their own hometown and the world.