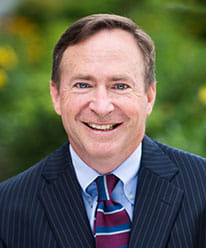 He attended college in the off-season and graduated from the University of Maryland in 1979 with a B.S. in Business Administration. After working in the residential real estate market for a short period of time, Hunt became interested in becoming a financial advisor and started his career in 1979 with a small broker-dealer in Arlington, VA. He studied for and received his CERTIFIED FINANCIAL PLANNERTM designation in 1983. In 1985, Hunt joined Legg Mason, where he worked for 20 years before setting up an office in Rockville for Morgan Keegan in 2005. In 2012, Morgan Keegan became a part of Raymond James. Now in his 38th year in the business, he has enjoyed developing long-term relationships with many of his clients and in many cases their children have become clients, also.

When Hunt is away from the office, he enjoys spending time with his two teenage children and wife of over thirty years. He also enjoys cooking, exercising, golfing and hanging out with his two dogs.