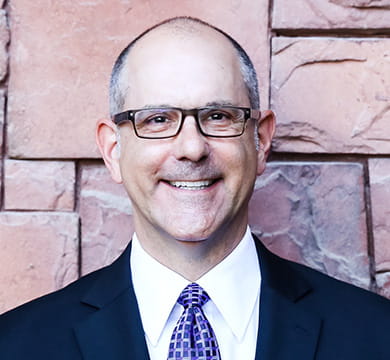 Gary is a wealth management strategist and investment management consultant with more than 28 years of experience in the financial services industry. His goal is to deliver the higher degree of predictability his clients are seeking, whether that be predictability that they can retire when they would like, predictability that their children will be able to attend college, or whatever financial goal his clients are striving to achieve. He uses his well-honed judgment and ability to understand each client’s long-term goals, work within their risk parameters and customize financial plans and strategies for pursuing their objectives.

He began serving on the Raymond James Executive Council (by invitation only) in 2020 for a two-year commitment, which engages interaction with senior management on the needs of the firm’s financial advisors to best serve clients. He has also been on the Raymond James Chairman’s Council from 2011-2015 and since 2017.*

Gary grew up watching his father, a financial advisor for 39 years, find enormous fulfillment in helping individuals and families secure their financial independence. It was a natural decision for Gary to carry on his father’s legacy.

Before joining Raymond James in 2009, Gary spent 16 years at Smith Barney, where he held the positions of first vice president and financial advisor. He earned a bachelor’s degree in business administration with a major in finance from the University of Arizona.

Gary has been very active in the community over many years. His past involvement includes serving on the boards of many area organizations, including the Jewish Community Association of Greater Phoenix, the Jewish Community Foundation Professional Advisory Committee and the Martin Pear JCC in the Valley of the Sun (serving as Chairman of the Board from 2006-007 and 2018-2019), as well as being a regular volunteer at the Watkins Shelter in Phoenix. In addition, he has served as a volunteer youth coach in baseball and basketball.

In 2007, Gary received the Jewish Community Association’s Sy Clark Award for Outstanding Young Leadership.** In 2015, he received the JCC’s prestigious Irv Shuman Award.** The award is presented to an individual who exemplifies the spirit of charity; someone who demonstrates commitment, passion, service and leadership within the Jewish community.

Gary grew up in Scottsdale, where he lives today with his wife, Debbie, and children, Seth and Evan. His oldest son, Jonah, graduated from the University of Arizona in 2017 and works and resides in the Phoenix area.  His daughter, Abrie, attends the University of Kansas. And, his son, Brett, currently attends the University of Arizona. In his free time, he enjoys community involvement, hiking and golf. He is an avid supporter of his beloved Arizona Wildcats as well as the Cardinals, Diamondbacks and Suns. He is a member of Temple Chai in Phoenix.

*Chairman’s Council membership is based mainly on assets under management, education, credentials, and fiscal year production. Re-qualification is required annually. The ranking may not be representative of any one client’s experience, is not an endorsement, and is not indicative of future performance. Neither Raymond James nor any of its Financial Advisors pay a fee in exchange for the award/rating.

**This ranking is not based in anyway on the individual’s abilities in regards to providing investment advice or management.  This ranking is not indicative of advisor’s future performance, is not an endorsement , and may not be representative of individual clients’ experience.  Raymond James is not affiliated with Jewish Community Association or JCC.

*Neither Raymond James nor any of its Financial Advisors pay a fee in exchange for this award/rating. Jewish Community Association and JCC are not affiliated with Raymond James.