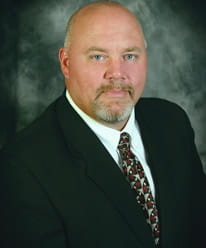 Jim Woodruff was born and raised in Richardson, Texas. He attended East Texas State University, now known as Texas A&M-Commerce, where he earned his degree in marketing. Upon graduating in 1987, Jim began working for Interstate Batteries, where he became sales manager for the Central Texas.

In 1995, Jim began his financial planning journey when he joined AAL Capital Management. After three years with AAL, Jim moved on to work for Edward Jones in Sherman, Texas. An opportunity was presented to Jim to take over an office in Ballinger, Texas in 2000, thus placing Jim’s footprint in West Texas. Over the six years he was with Edward Jones, Jim achieved several awards for client service and mentoring services for other advisors.

Jim decided it was time for a change in 2005, when he founded Woodruff Wealth Management (WWM) in Ballinger, TX, where he originated WWM’s two rule system. Rule #1 states that, “Everything we do must be in the Client’s best interest.” Rule #2 states, “Clients must give us permission to be completely honest with them.” He has offered securities through Raymond James Financial Services since 2005.

Jim has been abundantly involved with his community by serving in many capacities with Lions Club International, Rotary International, and the Ballinger Chamber of Commerce, and numerous other charitable organizations.

Of all of his life’s accomplishments, Jim is most proud of both of his sons, Riley and Auggie Woodruff. Jim has shown this through coaching in several of his sons’ sports teams over the years, as well as countless hours spent volunteering for the Ballinger Athletic Booster Club.