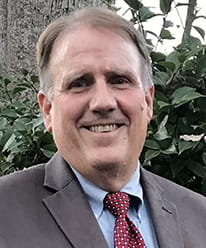 Karl Anderson is a self-employed financial advisor trading through Raymond James.  He has invested professionally since 2002.  After graduating with a business degree from UNC-Chapel Hill, Karl moved to Los Angeles for several years before enthusiastically returning to the Old Tar Heel State for a Wake Forest MBA.

During a 15 year textile career, Karl invested his own money as a hobby.  As textile manufacturers rapidly moved away from the United States, he was forced to find work in another field.  Since he enjoyed investing, he naturally decided to make it his vocation.

9/11 struck on Karl’s third day of study for his securities license.  Unconvinced that the tragic day was a sign he should seek employment elsewhere, he persevered.  Two bear markets, including the Great Recession, and fifteen years later, he vigilantly continues in his efforts.

Native to the Gate City of North Carolina, Karl works with many families he has known for much of his life and others who are looking for a hard working devoted advisor who treats his clients fairly.