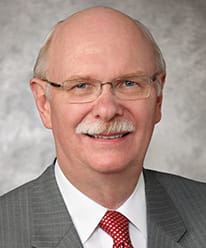 His investment career continued in 1970 at the Trust Department of the Continental Bank of Chicago. He was an Investment Advisor Representative for charitable and retirement plans.

In 1972 Mr. Zientara moved to Florida and joined the Palmer Bank of Sarasota. As Senior Investment Officer he managed $100 million in trust accounts and $75 million in the bank’s own municipal and government bond portfolios. He was on the Investment Committee of the Florida Bankers’ Association and published a weekly newsletter called "The Bond Market at a Glance."

In 1975 Mr. Zientara joined Dean Witter, now Morgan Stanley, at the Sarasota office, and moved to the Bradenton office in 1986.

In 1989, he received the title of Certified Investment Management Analyst® (CIMA®) through the Wharton School of Business of the University of Pennsylvania.

He was the senior Financial Advisor at Morgan Stanley’s Bradenton office and a Retirement Planning Specialist. In 1994 he earned the title of Senior Consultant, Investment Consulting Services, of which there were only about 200 in the firm.

Mr. Zientara is a member of the Manatee and Sarasota Chambers of Commerce and the Lakewood Ranch Business Alliance. In 1990 he joined the Kiwanis Club of Bradenton, named Kiwanian of the year in 1999, and on the Board of Directors for 2000-2001. He is a United Way Volunteer, a founder of the now 700-member Manatee Personal Computer Users Group, and a member of the Bradenton Country Club.

Interests include personal computers, golf, and, as “Engineer” Jim, he is the spokesperson for the Florida Railroad Museum, a non-profit 501(c)(3) organization in Parrish, FL. He is a life member of the National Model Railroad Association. Licensed in 1958 as an amateur radio operator, his current call sign is W4MAN. Married since 1966 to his wife Fran, a former high school English teacher, they have two children. Daughter Amy, a graduate of the University of Florida, has 2 children, and son Jeff, a graduate of the University of South Florida, has 1 child.

Wealth Management article "At the Junction of Workand Play"
http://wealthmanagement.com/client-relations/junction-work-and-play