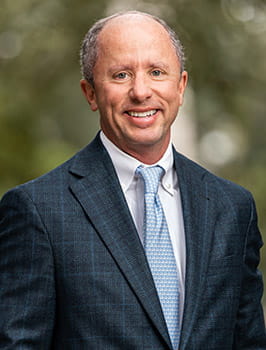 Advisors.1 As a Wealth Management Specialist and Managing Director, he builds personalized investment and financial planning strategies based on the unique needs and goals of each client.

After working for Citigroup, Dan continued his career in the financial services industry in 1991 as an advisor at Merrill Lynch. He later joined A.G. Edwards & Sons in 1995 and served as vice president of investments until 2000, when he became first vice president of investments at Citigroup Global Markets/Smith Barney. In 2006, he joined Morgan Keegan, which was acquired by Raymond James in 2012.

DePaul University in Chicago. Raymond James selected him to participate in the three-year Securities Industry Institute at the Wharton School of the University of Pennsylvania, the premier executive development program for financial services professionals. He completed the program in 2016.

Active in the community, Dan is a former member and past president of the board of Florence Crittenton Programs for South Carolina. He was also a member of the Downtown Rotary Club and a volunteer fireman for the Mount Pleasant Fire Department. Dan is the past treasurer for the Board of Directors for Charleston Day School and also served as chair of the Investment Oversight Committee for several years.

Dan is originally from Eufaula, Alabama. Today, he resides in Mount Pleasant, South Carolina with his wife, Kim, and their two daughters, who attended The University of Alabama and Clemson University. He is a member of St. Michael’s Church, the Country Club of Charleston and the Carolina Yacht Club. In his free time, Dan enjoys cycling and other endurance sports, and more relaxing activities such as golf, fishing and bird hunting.

The Forbes ranking of Best-In-State Wealth Advisors, developed by SHOOK Research, is based on an algorithm of qualitative criteria, mostly gained through telephone and in-person due diligence interviews, and quantitative data. Those advisors that are considered have a minimum of seven years of experience, and the algorithm weights factors like revenue trends, assets under management, compliance records, industry experience and those that encompass best practices in their practices and approach to working with clients. Portfolio performance is not a criteria due to varying client objectives and lack of audited data. Out of approximately 34,925 nominations, more than 6,550 advisors received the award. This ranking is not indicative of an advisor's future performance, is not an endorsement, and may not be representative of individual clients' experience. Neither Raymond James nor any of its Financial Advisors or RIA firms pay a fee in exchange for this award/rating. Raymond James is not affiliated with Forbes or Shook Research, LLC. Please visit https://www.forbes.com/best-in-state-wealth-advisors for more info.

(2018) On Wall Street, in partnership with New York Life/Mainstay Investments, throws a spotlight on the top 75 managers with their Annual Branch Manager Awards. This year's accolades fall to 75 Honorees that have been nominated by their firms and then selected by the editors of the magazine. Nominees must be employees at a major, leading brokerage firm and are evaluated on leadership, dedication to superior client service and their ability to recruit, develop and retain talented advisors. The final honorees were selected by four judges based on a quantitative and qualitative review of data from two surveys, one filled out by persons making the nomination and the second by the nominee. Raymond James is not affiliated with On Wall Street, New York Life/Mainstay investments, the judges: Bill Butterfield, Alois Pirker, Kenton Shirk, Stewart Lee, or the organizations these individuals represent. This recognition may not be representative of any one client's experience, is not an endorsement, and is not indicative of the advisor's future performance. Neither Raymond James nor any of its Financial Advisors pay a fee in exchange for this recognition_

Raymond James is not affiliated with any of the organizations listed above.