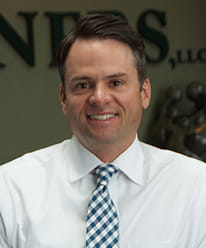 Frank grew up in Hickory and attended Hickory High School then attended and was graduated from the College of Charleston with a Bachelor of Arts degree in Corporate Communication. After college Frank began his career working for Hickory Springs Manufacturing as product manager and salesman in the furniture division. In 1999 Frank made a career change to the Financial Services industry and worked for Mass Mutual Financial Group for two years before moving to Raymond James in 2001. He has two primary segments of his practice which are Financial Advisor to individuals and Financial Advisor to businesses with 401(k) and retirement plans. Frank holds the designation of Accredited Investment Fiduciary®, AIF® and Certified Plan Fiduciary Advisor (CPFA).

Frank has been married to his beautiful wife Taylor since 2000 and they have two active teen-aged children, Virginia and Franklin. Frank is very involved in the community. He serves on the Salt Block Foundation board of directors and is currently serving as the President. Frank was appointed by the Hickory city council to serve as a member of the “Crafting Hickory” commission and currently serves as chair of the City Walk subcommittee. Frank is an Elder at First Presbyterian Church. He is an active member of the Hickory Rotary Club and serves as the chair of the Blood Drive committee. Frank also serves on the Business Council Board for Lenoir-Rhyne University.

When not working or serving the community, Frank enjoys golf, mountain biking, soccer, fishing, hunting, skiing, exercise, spending time at his children’s sporting events and spending time with his wife, family and friends.