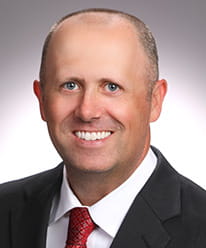 Inspired by the appetite to help others develop their personal finance paths, Kurt joined Raymond James following a career in motorsports that spans over three decades. There he held a number of executive positions.

A western New York native with a work ethic cultivated on his family’s cattle farms, Kurt holds a B.A. in Communication from St. John Fisher College in Rochester, N.Y., where he was a member of the NCAA golf team. He also holds a Master of Business Administration from the University of North Carolina – Charlotte. Kurt was a member of the inaugural Harvard Business School's Business of Entertainment, Media and Sports program in 2014.

Kurt and his wife, Erin, live in China Grove with their children, Sara and Reid. A passionate outdoorsman, Kurt joins friends and family in multiple states hunting each year. He also enjoys traveling, golfing, fishing, target shooting, sporting clays, and beekeeping. He maintains a small-batch raw honey production each year. He is an active member of the Benevolent and Protective Order of the Elks Lodge #149, the Eureka Masonic Lodge #283, First United Methodist Church, The Club at Irish Creek and Rowan Wildlife Association.