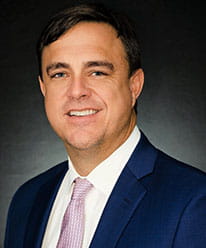 Jonathan Lyons is a financial advisor and founder of the Lyons Group of Raymond James. Founded in 2010, The Lyons Group of Raymond James believes integrity and passion are key tenets to the success of their clients. The team provides investment management advice and services to families, endowments, and institutions throughout the United States and Canada. He began his career in the financial services industry in 2001 at Morgan Keegan which became part of Raymond James in 2012. A former professional baseball player, Jonathan brings passion, teamwork and a diligent work ethic to working with families and institutions to attain their financial goals.

Active in the community, Jonathan has served on boards of numerous civic and charitable organizations, including the Blue Streak Scholarship Fund and the St. Louis Parish Council. He has served as President of the Christian Brothers High School Alumni Board and The University of Memphis M Club. A lifelong resident of Memphis, Jonathan and his wife, Kristie, have three children, Jackson, Trenton and Susanna. Most of Jonathan's spare time over the years has been spent coaching his children in baseball, football, and basketball.