Skip to content
twitterfacebook
Feel free to reach out.
Prev Bio
Next Bio 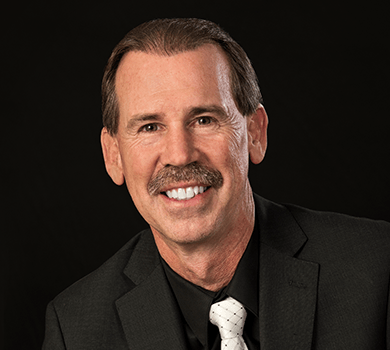 Marc earned a bachelor’s degree in accounting from Ball State University and has earned his Certified Public Accountant designation, both of which have informed his more than two decades of financial services experience. To better serve his clients, he became a certified specialist in estate planning, earned his wealth management certificate and graduated from the Raymond James School of Trust. Before becoming part of Raymond James in 2009, Marc served in the same role at NatCity Investments.

His analytical skills come naturally as a second generation CPA, and he is a past member of the Indiana CPA Society. That background informs his knowledge of the financial industry, investments and tax laws, helping him create a total financial plan for clients. For him, it’s not just about investing money; it’s about taking a holistic look at clients’ planning needs and incorporating wills, powers of attorney, healthcare designations and trusts to better help them achieve their goals.

Marc treats his clients as part of his family, and that dedication has resulted in him being named to Putnam’s Golden Scale Council, the AIM Summit Club, MetLife Premier Partners Club, Raymond James President’s Club* and the Hartford’s Captain Club, as well as the American Funds All-American Team.

Originally from Frankton, Indiana, Marc now lives in Fairmount with his wife, Priscilla. In his free time, he enjoys playing guitar, tennis and golf; dedicating time to his church and spending time with his wife, their children and grandchildren. He also remains active in the community, coaching Little League baseball, football and basketball for more than ten years, while making time to serve on various nonprofit boards as well. His faith plays a large role in his life, and he has served as past deacon, treasurer and trustee of New Hope Baptist Church.

*Membership is based mainly on assets under management, education, credentials and fiscal year production. Requalification is required annually. The ranking may not be representative of any one client’s experience, is not an endorsement, and is not indicative of advisor’s future performance. No fee is paid in exchange for this award/rating.

Raymond James does not provide tax or accounting services.

twitterfacebook
Raymond James financial advisors may only conduct business with residents of the states and/or jurisdictions for which they are properly registered. Therefore, a response to a request for information may be delayed. Please note that not all of the investments and services mentioned are available in every state. Investors outside of the United States are subject to securities and tax regulations within their applicable jurisdictions that are not addressed on this site. Contact our office for information and availability.